Tuesday, December 6
You are at:Home»News»Sarawak»High hopes on Malaysian Craft Promotion 2014 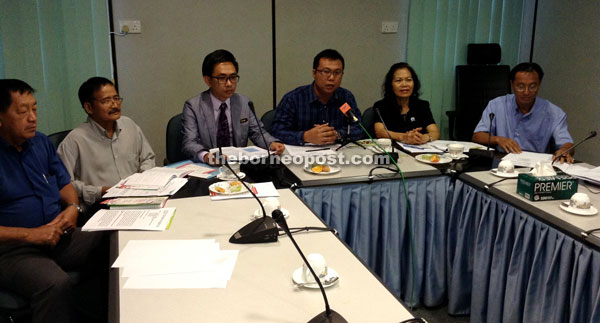 MIRI: The Malaysian Craft Promotion 2014 organiser is keeping their fingers crossed that the event this year would record ‘hundreds of thousands of ringgit’ in sales.

It will be held from May 16 to 25 at the Miri Handicraft Centre, and the opening hours would be from 10am to 10pm.

“The record achieved last year meant the promotion here was done well, especially in terms of sales. We hope to do better this year,” he told a press conference at Miri City Council (MCC) yesterday.

Azran, who is also the Malaysian Handicraft Development Corporation (Sarawak Branch) director, said the coming promotion would be the seventh year they were organising it.

During the event, which is organised by the Ministry of Tourism and Culture, there would be sale of crafts, demonstrations, craft education and cultural performances.

This year’s event would feature 70 local craft entrepreneurs and another 30 from the peninsula and Sabah.

There would also be interactive education sessions where enthusiasts would be guided on activities such as batik drawing using canting technique, ceramic colouring, beads embroidery and bamboo weaving.

Assistant Minister in the Chief Minister’s Office (Bumiputera Entrepreneur Development) Datuk Mohd Naroden Majais has been invited to declare open the event on May 19.

Those who are keen to participate in the craft promotion can call Azran at 012-8806295 for more information.