Sunday, October 17
You are at:Home»Features»George Town — a living museum 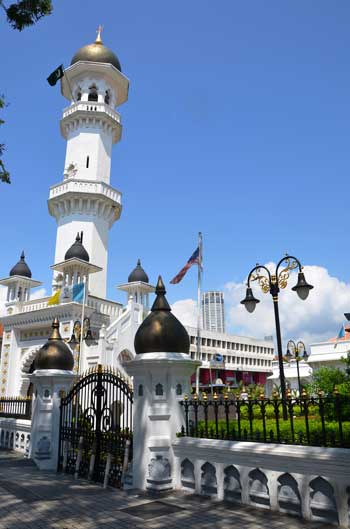 The Kapitan Keling Mosque, the oldest in George Town, was established on a large site endowed by the East Indian Company in 1801.

THERE is Malay proverb which says tak kenal maka tak cinta — meaning we will not love what we don’t know.

This beautiful proverb sums up how I felt during a recent three-day media trip to Penang themed Experience George Town 2014.

Located at the northeastern cape of Penang Island, the historic city of George Town is, indeed, a living museum. With a unique charm, its historic aura is truly amazing.

George Town is the colonial quarter with the city’s first administrative centre. Its original streets, laid out by the colonial administrators, branch out into the city which is spectacularly filled with godowns and the trading posts of the earliest merchant settlers, banks and shophouses, clan homes and communal clusters, and the iconic houses of worship, representing the respective faiths of the many different settlers that came to settled in George Town.

World Heritage Incorporated (GTWHI) general manager Lim Chooi Ping said the city whose rich heritage stems from the confluence of cultures, is symbol of pride to the locals.

On July 7, 2008, the Unesco World Heritage Committee named Melaka and George Town as World Heritage Sites in a joint inscription under the category of Cultural Heritage.

Out of the six cultural criteria for Outstanding Universal Values (OUV), defined by the Unesco World Heritage Committee, both places met three of them — the ability to exhibit an important interchange of human values, bear a unique testimony to a cultural tradition or a civilisation and be an outstanding example of a building — architectural or landscape — which illustrates a significant stage in human history.

Under these criteria, Melaka and George Town represent exceptional examples of multi-cultural trading towns in East and Southeast Asia, forged from the mercantile and civilisation exchanges of Malay, Chinese, Indian and European cultures. 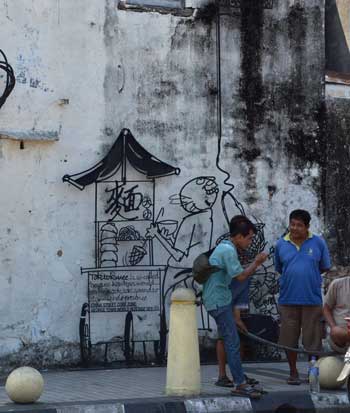 A scene at Jalan Masjid Kapital Keling-Lebuh China. Behind the two George Town residents is a street art on Tok Tok Mee, telling the story of hawkers striking a tok tok sound to signal their presence.

The people of these heritage sites are living testimony to the multi-cultural heritage and tradition of Asia, where the greatest religious and cultures meet.

The co-existence of distinct faiths — both tangible and intangible, in particular the different religious buildings — is a testament to the religious pluralism of Asia.

In addition, both places reflect the coming together of cultural elements from elsewhere in the Malay Archipelago and from India and China with those of Europe.

These mixed cultural elements indirectly create a unique architecture, culture and townscape without parallel anywhere in the East and Southeast Asia, especially a range and exceptional architecture of shophouses and townhouses. 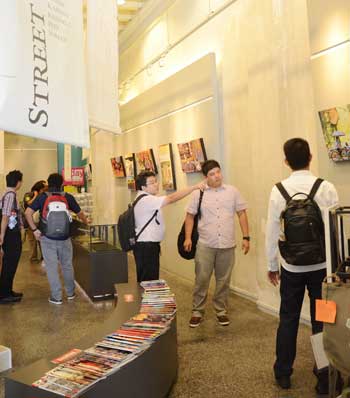 “The Core Area covers an area of 109.38 hectares and contains more than 1,700 buildings. It is bounded by a coastline along the north and east, and by Love Lane to the northwest and Gat Lebuh Melayu, Lorong Carnarvon and Lebuh Carnavon to the southwest corner.

“This Core Area is protected by 150.04 hectares of Buffer Zone bounded by the sea, Jalan Transfer on the west and Jalan Dr Lim Chwee Leong and Gat Jalan Pragin on the southwest.”

She added that GTWHI was set up by the Penang state government as the State Heritage Agency in April 2010 to spearhead efforts to ensure George Town’s legacy would not be lost.

“We are an organisation to protecting, promoting and preserving George Town as a sustainable city.

“We work in cooperation with the federal, state and local governments as well as several non-governmental organisations to manage, promote and execute heritage related activities.

“We identify the problem areas, build a strategy and call on experts and stakeholders in our vast network to work with them towards a solution.” 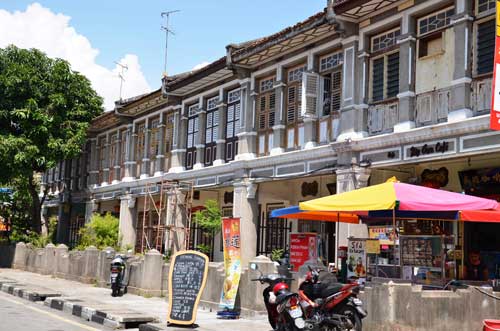 The classic structure of My Own Café.

To ensure World Heritage Site is being understood by the people, GTWHI works with many partners and collaborators — from conservation specialists to state and city authorities for better planning, conserving and managing of the physical site — as well as historians and art practitioners on a programme of educational and cultural activities.

They also give advice to property owners, architects and builders, conduct skills development workshops, provide resources on George Town and Heritage through their library and digital archives.

Schoolchildren, students of institutes of higher learning and the public are also engaged through a programme of talks and activities.

“George Town is a living legend but it will disintegrate before our eyes should we fail to nurture it. Therefore, research, impact studies, site usage, public aware-ness, branding, promotion, public transport, tourism and security must be given equal attention,” Lim said. 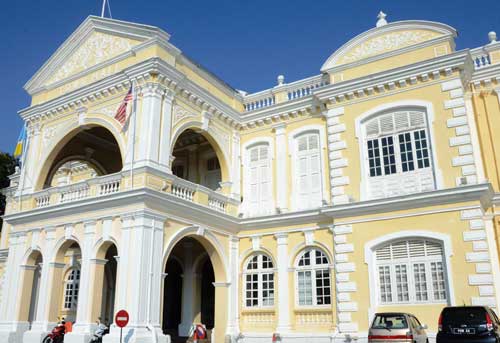 The Town Hall, declared open in 1880, served as venue for social functions. Its rooms were used as municipal offices until 1903. The building was also used as a private college until its reinstatement as a venue for public events after its restoration in 2005.