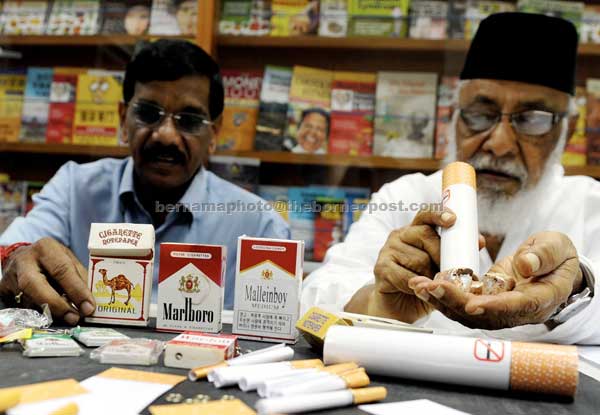 GEORGE TOWN: The Consumer Association of Penang (CAP) has urged the Health Ministry to monitor the sale of toys and food in packagings which look like cigarettes and targeting children.

CAP president SM Mohamed Idris said products like chocolates, candy of a variety of flavours and water toys were believed to have been imported and sold at RM3 to RM6 each at toy shops, gift shops and shopping complexes.

“Also found are pieces of white and yellow paper which are included in boxes similar to well-known cigarette brands with directives on how to roll the papers into cigarettes,” he told reporters here, yesterday.

He said the normal labels found on a cigarette box such as tar content and low nicotine and tobacco is dangerous to health, had nothing to do whatsoever with the content of the product sold and was seen as being motivated to introduce the language of the cigarette to children.

Mohamed Idris said a CAP study found 50 to 70 people, aged 12 to 18, started to smoke each day in the country.