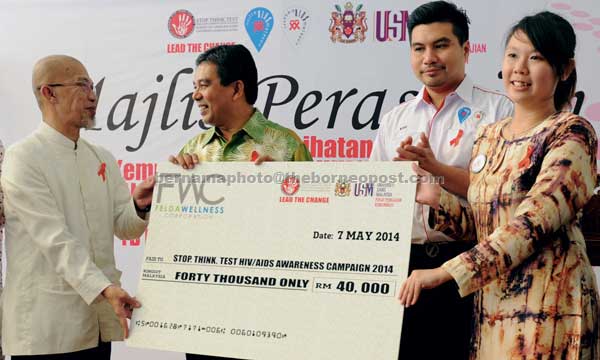 GEORGE TOWN: An increase in the number of HIV/AIDS cases among youths, especially those aged between 20 and 30, is alarming said Deputy Health Minister Datuk Seri Dr Hilmi Yahaya.

Hilmi said 78.8 per cent of the cases involves youths who are between 20 and 30 years old.

He said the Health Ministry would continue to organise awareness campaigns and provide information on ways to prevent HIV/AIDS.

“Drug addicts and those practising unsafe free sex are vulnerable to HIV/AIDS because both are the main contributors to HIV/AIDS, worldwide,” he told reporters after launching a HIV/AIDS Awareness campaign organised by University Sains Malaysia (USM) and the Malaysian AIDS Council, here yesterday.

Hilmi said apart from awareness campaigns, the ministry also carried out various programmes together with non-governmental organisations to provide free needles and condoms to drug addicts to reduce the risk of HIV.

However, the move drew criticism although such a move was not to encourage free sex or use of drugs but rather as a prevention measure, he said.

Hilmi said the Health Ministry spends about RM185 million a year for the treatment of AIDS, including for medicine while about RM26 million is spent for campaigns aimed at prevention of HIV/AIDS. — Bernama