Wednesday, May 18
You are at:Home»Business»A bitter pill as China crackdowns squeeze pharma margins 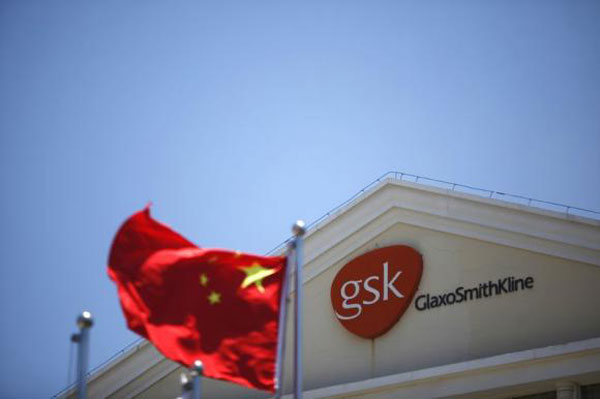 A Chinese national flag flutters in front of a GSK office building in Shanghai in this picture. A crackdown on corruption and pricing in China’s fast-growing pharmaceutical market has squeezed profits and margins, raising a red flag to global Big Pharma that the days of easy growth in the country may be over.— Reuters photo

SHANGHAI: A crackdown on corruption and pricing in China’s fast-growing pharmaceutical market has squeezed profits and margins, raising a red flag to global Big Pharma that the days of easy growth in the country may be over.

A Reuters’ analysis of more than 60 listed Chinese healthcare firms shows average profit margins declined to around 10 per cent last year from 15 per cent in 2012. Average net profits fell 2.1 per cent, down from close to 20 per cent growth in previous years.

China has been a magnet for the big global pharmaceutical companies and other healthcare firms as growth slows in Europe and the US. It is the largest emerging drugs market and is set to be the global number two overall within three years, according to consultancy IMS Health.

While global drugmakers withhold their China profit figures, the analysis suggests profit growth is harder to come by – a concern as many global firms look to China as a future growth driver.

“Most companies, local and foreign, have enjoyed an easy growth phase for five to six years as money was thrown at the healthcare system to improve access,” said Alexander Ng, Hong Kong-based associate principal at McKinsey & Co. “Now China is more into cost containment mode… and the squeeze on pricing and margins is a lot more apparent.”

Over the past year, China has cracked down on high prices and corruption in the healthcare sector. Authorities probed drugmakers over pricing in July, while a high-profile investigation into British drugmaker GlaxoSmithKline Plc (GSK) led to executives at the company being charged with bribery earlier this month.

Industry and legal sources said the investigations into the sector are likely to grow more intense, meaning downward pressure on profits is likely to remain.

The climate of investigation has stymied sales growth, with some doctors saying they are worried to meet pharmaceutical reps, fearing being caught in the glare of China’s watchdogs.

GSK, which saw its China revenues plunge 61 per cent in the third quarter last year, has since overhauled its management structure in China, stopped payments to healthcare professionals and changed its incentive systems for drug reps.

“Of course there will be an impact on sales. The pattern of selling through bribing definitely won’t work anymore,” said a Shanghai-based sales executive at another global drugmaker, speaking on condition of anonymity.

Price cuts are also putting a strain on profits and margins as China’s leaders look to cut a healthcare bill that is set to hit US$1 trillion by 2020, according to McKinsey & Co. Combined profit growth dropped to around 5.2 per cent last year from 23.9 per cent in 2011, according to the Reuters’ analysis.

While authorities have made some moves to step back on price caps, Chinese healthcare procurement still puts the main emphasis on cost, creating an incentive for firms to push prices lower to beat rivals to contracts.

“The industry is in a very competitive stage, where firms want to take market share to stay in the game, but at the same time can’t deal with the low prices,” said Yu Mingde, president of the Chinese Pharmaceutical Enterprises Association, an organization supervised by China’s cabinet. — Reuters