Saturday, August 15
You are at:Home»News»Sabah»Jazz greats mesmerize fans in KK 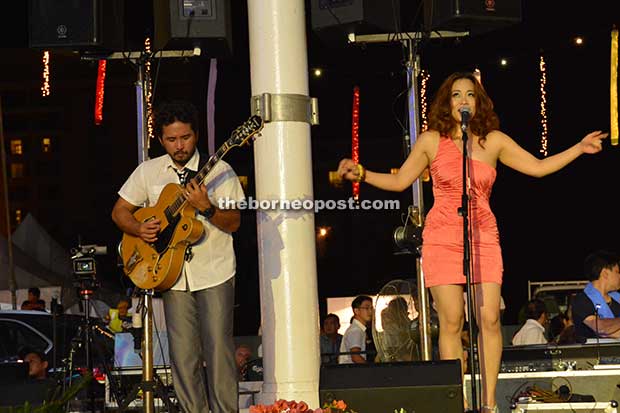 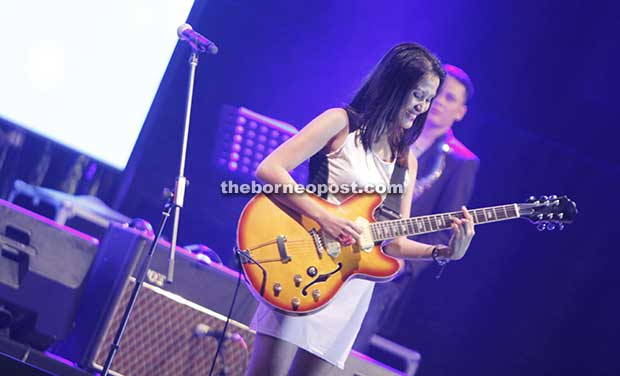 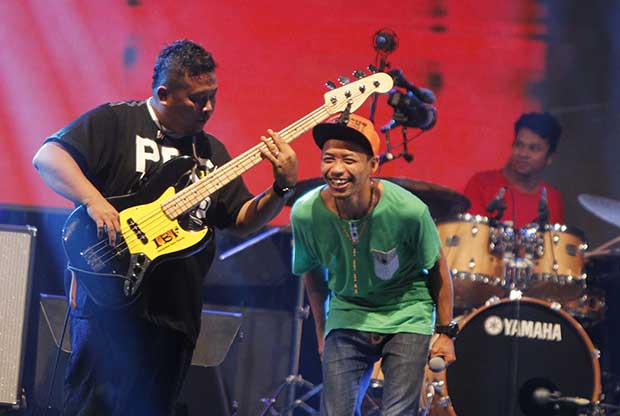 And while annual events normally have the tendency to unfold in predictable patterns, the KK Jazz Festival continues to be an anticipated event as it brings diverse repertoire of live music to the Nature Resort City, year after year.

This year, the event is bringing over talents from as far as Cuba, Italy, the Philippines, Indonesia, Kuala Lumpur, as well as local talents, seasoned and budding alike, to play music in the name of passion as well as charity, at the Covered Tennis Court, Sutera Harbour Marina Golf & Country Club, on June 13 and 14, from 7pm to 11pm.

Jointly organised by the Rotary Club of Kota Kinabalu (RCKK) and the Society of Performing Arts Kota Kinabalu (SPArKS), it has now become a signature event in Sabah’s annual calendar of events, recording a crowd of over 4,000 people during the two-night’s performance.

Emceeing the event this year is renowned national personality and Sabah’s very own pride, Daphne Iking, who joins a list of other famous Sabahan personalities who have hosted the KK Jazz Festival, incliding television and radio host, Serena C.

Kicking off the event on the night of June 13 was a list of talented local bands and artistes, including the Kian Kok School Big Band and Fingerstyle, and two bands discovered through the KK Jazz Festival – Jazz Stars 2014, SIA Goofy and Rozella Marie Mahjirin.

Seasoned national quartet, The Seasons 4 from Kuala Lumpur is proof that music defies age and time. They took over the stage last night, wowing the crowd as they belted out golden voices performing a blend of evergreens, contemporary songs and jazz, with a presentation that was a complete surprise to many.

Jerome Rico and Mara Viola from the Philippines are a duo who got together for the KK Jazz Festival, but had long achieved professional musician and performer status, with award-winning Jerome having performed in various notable shows and Mara, with her own list of professional performances to name, in the Philippines, Japan, and China.

You don’t get to see a woman jazz guitarist that often. But vocalist, guitarist, and music arranger, Joan Jim who is known for her love and style in Latin Jazz singing in the musical fraternity, made the locals proud as she finger-styled her way through the concert. Hailing from Tamparuli, Sabah, Joan now leads a band called Joan Jim Quintet (JJQ), of which she collaborates with current Indonesian uprising established musicians.

Inspired by various genres of music, Japanese guitarist, Yuta Tanaka stunned the audience with his extraordinary technique and finger-style ability to simultaneously play complex bass lines, harmony, and melody all at the same time, playing melodies familiar to the crowd including the timeless ballad number, Wonderful Tonight, in his own style.

Last but definitely not the least in last night’s list of talents was Harry Toledo Covers from Indonesia.

Performing upbeat numbers throughout their slot of performance, this band got members of the crowd on their feet with the band’s repertoire of jazz music, leaving the audience chanting “We want more!” as they captured the crowd with their own renditions of upbeat numbers.

Last night, the show continued with one of the bands – SNF Project, the 4Bs a small but powerful Italian orchestra without instruments, and Sabah’s diversified group with a distinct sound – the Jive with Purpose, which was led by renowned local talent Jonathan Tse.

The event culminated with the Estudiantina Ensemble, all the way from Cuba, who got the crowd dancing to their Cuban music.

Apart from being a platform for established and newly-discovered artistes and bands to showcase their talent and entertain music lovers, KK Jazz Festival is also a fund-raising event.

Money raised from the sale of tickets is used to fund deserving community projects run by the RCKK, such as a clean water project at Kampung Timbou, Tuaran; literacy programme and eye escreening at Kampung Tamburan, Kota Belud and Kampung Kokol; environment protection programmes, free medical services to rural communities, among others.

KK Jazz Festival is mainly sponsored by the Yayasan Sime Darby with an amount of RM100,000. Other sponsors include the Sabah Tourism Board, Carlsberg, Fonds Podium Kunsten, Hyatt Regency Kinabalu, Mega Boogie Sound and Lighting, Puglia Sounds, as well as Sutera Harbour.

Tickets were sold at RM100 for a two-night pass and RM70 for a one-night pass.