Wednesday, May 18
You are at:Home»World»China paper slams Hong Kong democracy poll as “farce” 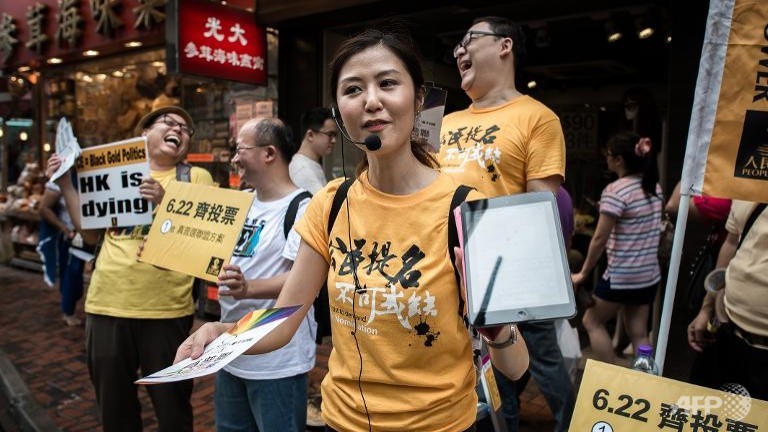 BEIJING: A state-run Chinese newspaper on Monday slammed Hong Kong’s unofficial referendum on democratic reform — which has drawn more than 700,000 votes — as an “illegal farce” that could prompt tighter control from Beijing.

The poll, which opened Friday, comes as tensions grow in the former British colony over the future of its electoral system, with increasingly vocal calls from residents to be able to choose who can run for the post of chief executive.

But the Global Times daily, which is linked to China’s ruling Communist party, accused the referendum organisers of being politically influenced by the West, adding that “overseas supporters have overestimated the effect of an illegal farce”.

“Neither China’s central government nor the Hong Kong government will admit the results of the poll,” it added.

“It would be ridiculous to determine the direction of Hong Kong’s political reform with this informal referendum.”

The organisers’ use of electronic voting was “tinged with mincing ludicrousness” said the paper, which often takes a nationalist tone, in a typically colourful English editorial.

The paper also warned Hong Kong that the poll could lead to increasing political control from Beijing. It did not go into details but accused organisers of having a “gambling mentality”.

Hong Kong’s leader is currently appointed by a 1,200-strong pro-Beijing committee. China has promised direct elections for the next chief executive in 2017, but has ruled out allowing voters to choose which candidates can stand.

Although the unofficial referendum has no legal standing, activists hope that a high turnout will bolster the case for reform.

The poll allows residents to choose between three options on how the 2017 chief executive ballot should be carried out — each of which would allow voters to choose candidates for the top job, and all therefore considered unacceptable by Beijing.

China’s State Council, the equivalent of its cabinet, said Friday that any referendum on how Hong Kong elects its leader would be “illegal and invalid”, according to state media.

But participation since voting began online Friday has beaten all expectations — despite a major cyberattack that the organisers have blamed on Beijing.

The more than 700,000 who had voted both online and at polling booths as of Monday morning represent a sizeable proportion of the 3.47 million who registered to vote at elections in 2012. – AFP