Monday, August 10
You are at:Home»News»Sarawak»‘Latest knowledge needed for global success’ 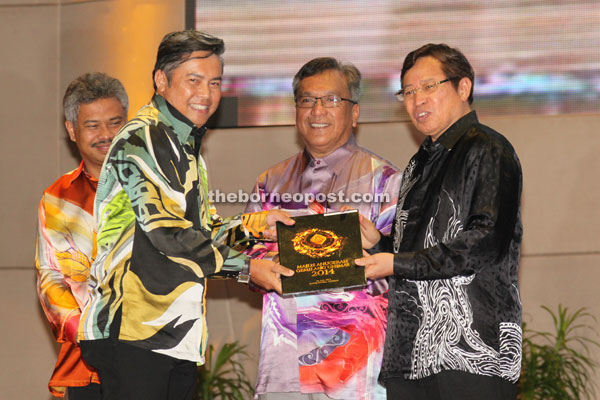 KOTA SAMARAHAN: The country has to acquire the latest knowledge to be competent enough to succeed in the global arena.

“Furthering of knowledge will bring you to a higher level of achievement and, in turn, move the state and country forward… more so in this new era of technology that is borderless,” he said.

“It is our hope that all our children can be nurtured in this excellent and innovative culture,” he added.

Abang Johari believed that Unimas, as an autonomous institution of higher learning, had the ability and flexibility to move forward.

Quoting from the ‘Three Kingdoms’, he said: “The wise will win before they fight but the ignorant will fight before they win. It means there must be an in-built system where you want to acquire a better platform to achieve success.”

“Thus I believe that Unimas can help the state government achieve its plans and goals, not only by producing excellent graduates for the workforce but as a centre of excellence in academics and research,” he added.

A total of 158 staff of Unimas, scoring at least 85 per cent in their annual assessment report for 2013, received the Excellent Service Award.

“Unimas has succeeded in becoming one of the prominent higher learning institutions in the country. It is a reputable and outstanding university in Sarawak,” he said.

“It shows that organisational excellence is highly dependent on its employees who work as a team, and rely on each other to move the organisation in one direction to achieve its mission and vision,” he added.

This award would boost the morale and spirit of Unimas staff especially lecturers, academicians and researchers.

He pointed out the importance of industrial and university partnership to nurture graduates who could solve problems, find innovative solutions and navigate new and unfamiliar situations.

“For example, our global population is expected to reach 9 billion in 2015 according to a report by National Geographic so there is need for new food as consumption increases, and this will require improved technology for food production. I believe Unimas can do it with the resources available, and bring the state and country to greater heights,” he said.

There were 17 categories of awards as in academics, research, administrative and innovation including Loyal Service Award, Innovation/Commercialisation Award, Sports Excellence Award and ICT Innovation Management Award.