Tuesday, October 26
You are at:Home»News»Sarawak»4,000 school heads needed in next 5 years

SIBU: Some 4,000 primary and secondary schools nationwide will require new heads in the next five years due to retirements. 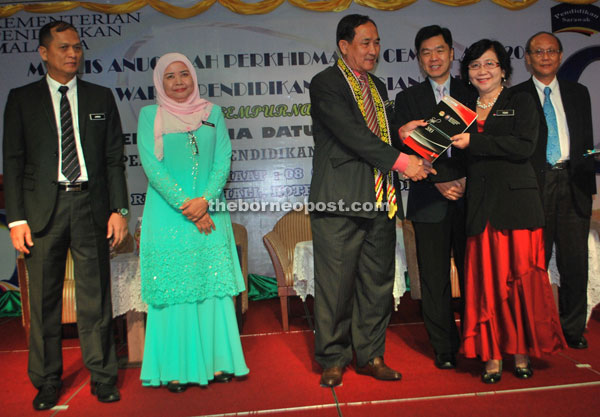 “The current regulation states that whoever wishes to become a principal or headmaster needs to go through a process and special training.

“And if they make the grade, only then, we will place them as principals or headmasters in the schools concerned,” Abdillah said during the presentation of service excellence awards (APC) for the Sibu Division yesterday.

He pointed out that for school heads, the appointment criteria was not based on the length of service, so those who are more senior need not necessarily hold more important posts.

“Based on merit and their ability — this is what we will take into consideration in their promotion,” he said.

Abdillah stressed that the ministry would continue to strengthen the teaching profession with initiatives such as raising entry conditions.

“They have demonstrated the work performance to the level expected by the education office and their respective schools,” he said.

Wong urged the recipients to continue working with a high level of commitment and dedication, to always be consistent in their work and uphold a high level of integrity.

He noted an improved school grade average (GPS) for the division last year.

“In co-curriculum, overall Sibu Division once again became the champion and successfully defended the Co-curriculum Award Championship 2013 for the state-level,” he added.