Monday, August 10
You are at:Home»News»Sarawak»Pollution suspected cause of dead fish, prawns in Sarawak River 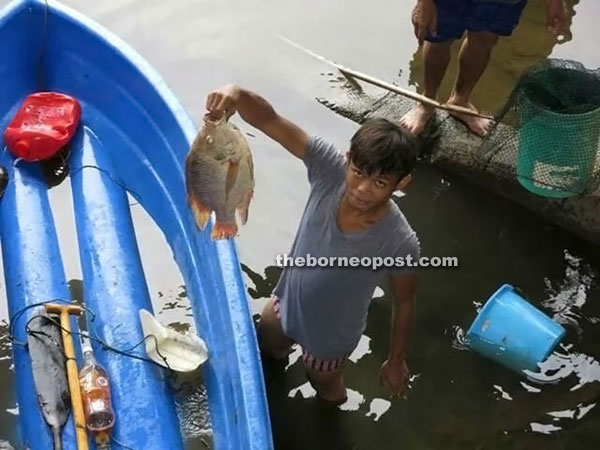 This young man shows a dead fish found in the river. — Photo by Sarawak Update

KUCHING: People living along the Sarawak River here have alerted the authorities of dead fish and prawns found floating along certain sections of the river yesterday.

A check conducted near the Tun Salahuddin toll bridge in Pending found a number of dead fish floating in the water, which appeared to be covered in a thin film of oil, as well as dead prawns washed up on the bank.

A local resident commented that the sudden presence of the dead fish and prawns could be an indication of pollution in the river, but did not discount other factors contributing to the deaths.

Meanwhile, a Facebook posting by Balai Polis Sentral Kuching (Central police station) showed that several of its personnel were dispatched to monitor sections of the Kuching Waterfront after members of the public reported similar cases of dead fish and prawns floating there.

The posting also mentioned that the incident could have been caused by pollution in the river.

He advised the people, especially those living in the villages along the river, against consuming the dead fish or prawns.

Natural Resources and Environment Board (NREB) controller Peter Sawal said investigations on the matter would be conducted.

“So far, we have not received any reports, but we will look into the matter,” he said when contacted yesterday. 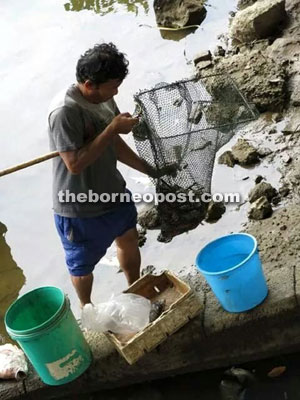 ALL’S NOT WELL: A villager scoops out floating fish and prawns. Residents along the Sarawak River have found dead fish and prawns floating at certain sections of the river yesterday. — Photo from Sarawak Update 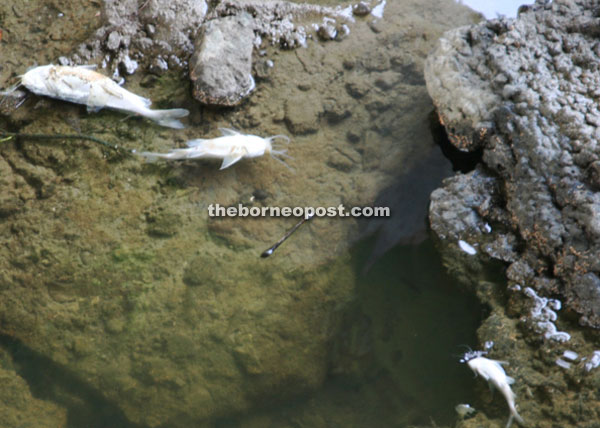