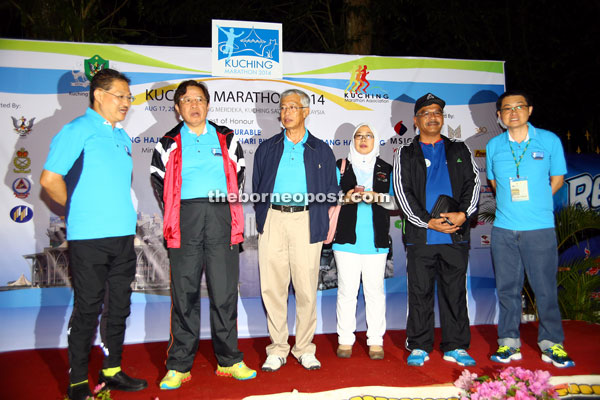 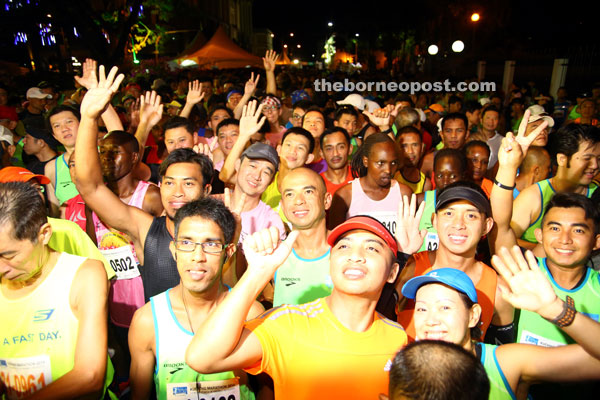 Participants of the Kuching Marathon yesterday.

KUCHING: Minister of Tourism Datuk Amar Abang Johari Tun Openg was full of praise for the organisers of the inaugural Kuching Marathon yesterday.

He said the ability of locals to organise such a big-scale event deserved recognition, adding that he hoped to see more of such events held in the state in the future.

“This event (Kuching Marathon) is indeed the new pride of Sarawakians. I really hope it will be included in the Asian marathon calendar soon,” he said during the prize-giving ceremony.

Abang Johari noted that the Kuching Marathon had its own unique `flavour’ and hoped it could help woo more foreign tourists to the state.

“I heard that many of the international participants love the unique combination of scenic beauty and levels of difficulty of this Kuching Marathon. To me, that is a compliment for the people of Sarawak.”

One of the features of the marathon is that the participants had to run through traditional villages and various tourist attractions in the city.

For that reason, Abang Johari wanted the event to offer bigger cash prizes in future.

He also wanted all relevant facilities to be upgraded by next year.

“I believe this marathon will one day be as prestigious as the Penang and Kuala Lumpur marathons. That is the standard we are looking at.

“In addition, we should also look at other prestigious international marathons, such as the Singapore marathon, as a benchmark of sorts.

“But I am confident Sarawak will have its own brand of marathon.”

Abang Johari and DBKU Datuk Bandar Datuk Abang Abdul Wahap Abang Julai were also present during the marathon’s flag off in the morning. 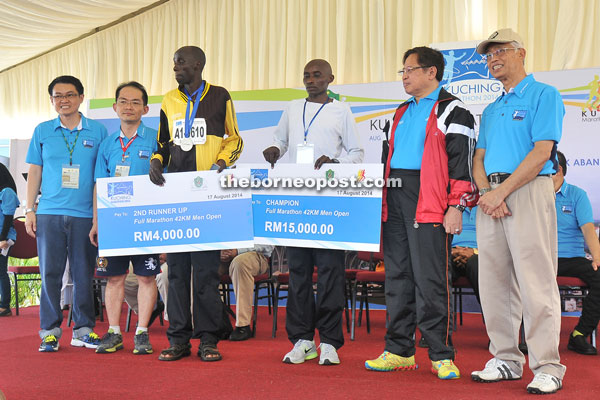