Tuesday, December 7
You are at:Home»News»Sabah»15,000 in fun run for a noble cause 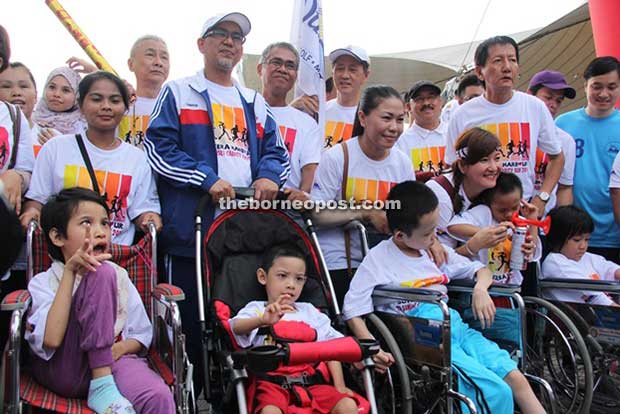 Tawfiq and other distinguished guests with children of Sabah Thalassaemia Society and Special Olympics Sabah. 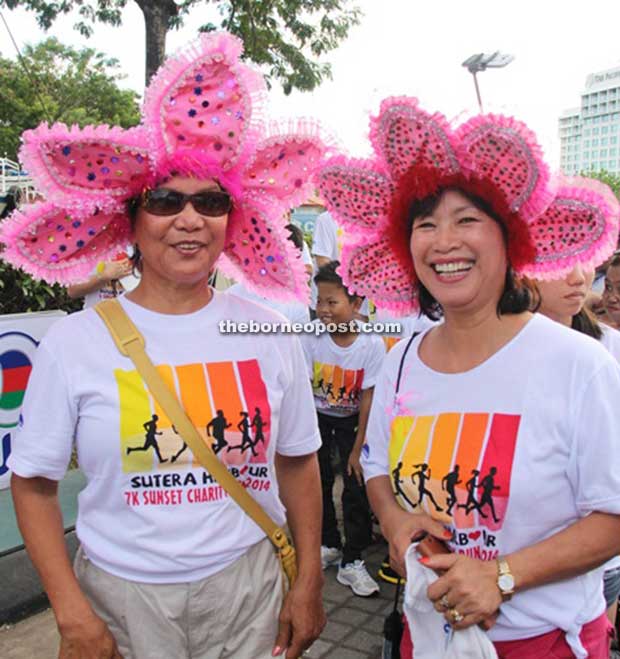 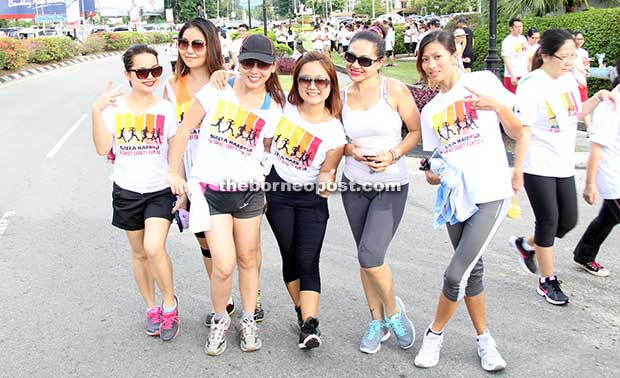 Youth and Sports Minister Datuk tawfiq Abu Bakar Titingan officiated at the flag-off where runners were gathered by the thousands, some dressed in creative costumes hoping to finish the Run within the 77minutes time limit to qualify for lucky draw prizes.

City Hall director of Hygiene and Environmental Health, Robert Lipon also flagged-off on behalf of Mayor, Datuk Abidin Madingkir. There was a second batch of runners who accompanied children of the Sabah Thalassaemia Society and Special Olympics Sabah and other invited guests.

Those, who chose not to run, enjoyed themselves at the 7K Carnival with the mouth-watering of local and international delicacies as well as wonderful offerings from the sponsors.

As the last batch of runners returned, the emcees, Miss earth Sabah 2010, and second runner-up of Miss Malaysia Universe 2013, May Salitah Naru Kiob and aspiring comedian from Kota Kinabalu Dan Darby entertained the crowd with bubbly and energetic personality.