Monday, January 24
You are at:Home»News»Sarawak»Lee: Clean compounds keep Aedes away

MIRI: Villagers have been told to keep their compound clean so that it would not become the breeding ground for Aedes mosquitoes. 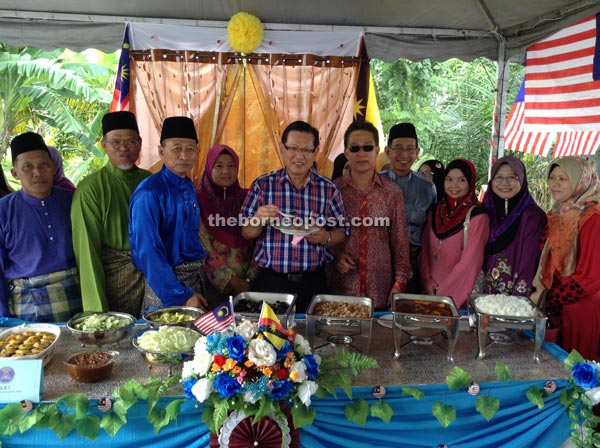 Lee enjoying the food at the gathering. Julaihi is at fifth right and Usman fourth right.

Assistant Minister of Communications Datuk Lee Kim Shin said this was a crucial step in preventing the dengue outbreak.

“Chronic dengue fever can cause deaths. Thereby, I urge villagers to keep areas surrounding your homes clean so that they would be free from Aedes mosquitoes,” he said after officiating at the ‘Merdeka Raya’ do at Kampung Pujut Tanjong Batu here yesterday.

On this, he called on Miri City Council (MCC) to distribute abate larvicide to the public as one of the steps to combat dengue.

Meanwhile, the assistant minister also called on Kampung Pujut Tanjong Batu folk to maintain harmony and unity in the village.