Tuesday, July 27
You are at:Home»News»Sarawak»Fort Margherita back to former glory

KUCHING: Fort Margherita is expected to attract more foreign tourists to the state now that conservation work on the building has been completed. 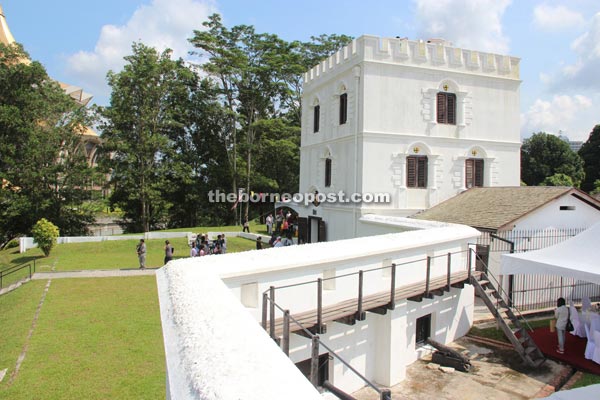 Guests and the media inspect the newly restored Fort Margherita. 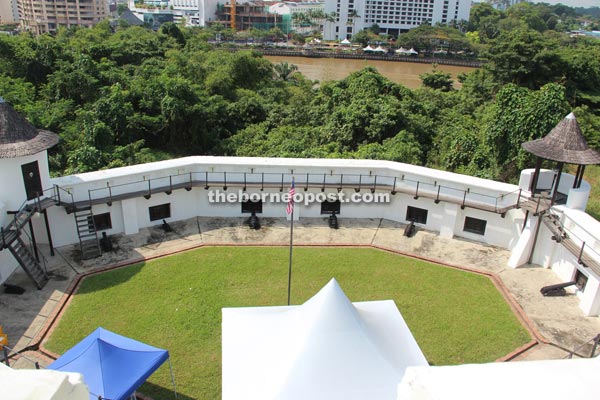 Fort Margherita commands a strategic position on a raised bend of the river with extensive views in all directions. 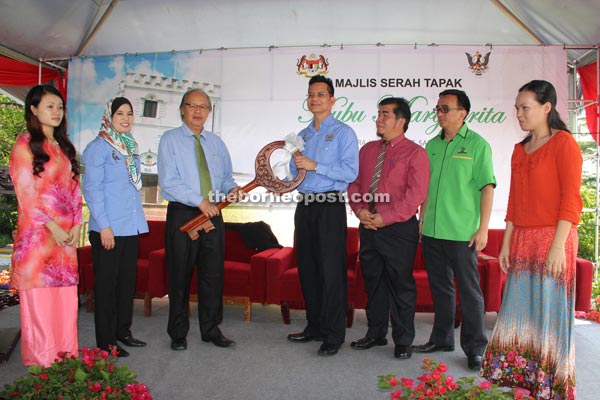 As such, he believed Fort Margherita, now equipped with the Brooke Gallery, which exhibits artefacts from the Brooke and British colonial era, would be able to draw in more visitors.

“The Brooke Gallery will serve as an added value to Fort Margherita, which is an iconic landmark and historical building in the city of Kuching. I was made to understand some 80 to 100 foreign tourists came to Fort Margherita even when it was just an empty building before this.

“Fort Margherita is iconic for it is located near the Kuching Waterfront and within the vicinity of the new State Legislative Assembly (DUN) Complex. We hope more visitors will come after the conservation work,” he said before Ministry of Tourism and Culture deputy secretary general Rashidi Hasbullah handed over Fort Margherita to the Ministry of Social Development yesterday.

Sebastian pledged that the ministry together with the Museum Department would play a proactive role in preserving historical structures throughout Sarawak.

“The Sarawak government is committed to preserving historical buildings and heritage across the state. This is to ensure that every historical monument will stand for generations to come,” he said.

Built by the second Rajah Sir Charles Brooke in 1879, the design of Fort Margherita is based on that of a late English Renaissance castle.

The iconic landmark was named after his wife Ranee Margaret Brooke, whom he married in 1869.

The fort commands a strategic position on a raised bend of the river with extensive views in all directions. Its construction was intended to convey the power and security of the government as well as to enhance the beauty of Kuching.

The Brooke Gallery will bring visitors on a journey through the Land of the White Rajahs, the Japanese Occupation, Colonisation and the fight for Sarawak’s independence.

The Museum Department has worked with the Brooke Trust and Friends of Sarawak Museum to develop the gallery at Fort Margherita.

The Brooke Trust has provided professional design services and artefacts from the Brooke Family’s collection, supported by the expertise of the British Museum with the concept displaying sensitivity to local cultures and the surrounding environment.