Tuesday, August 4
You are at:Home»News»Sabah»Don’t be taken in by talks of secession, says Max 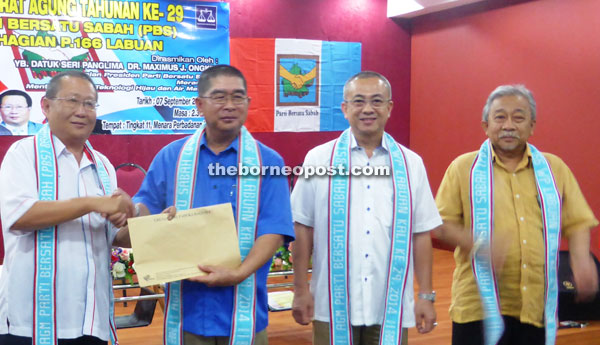 LABUAN: The people must be wary of proponents for secession of Sabah and Sarawak from Malaysia as they are twisting historical facts of the federation, said Energy, Green Technology and Water Minister Datuk Seri Panglima Dr Maximus Ongkili.

The Parti Bersatu Sabah (PBS) deputy president said that these people who argued that the two states should secede from Malaysia had also belittled the work and efforts done by the founding fathers of Malaysia from Sabah and Sarawak.

“They are accusing the founders of the nation from Sabah and Sarawak of being cheated and the Malayan leaders as liars and thieves.

“These separatist groups comprising rejected opposition leaders and opposition-linked bloggers appear to be stirring anti-federal hatred and provoking rebellion. They don’t recognise the formation of Malaysia and even urged the people to fly the flag upside down,” he said, adding that this was a ‘dangerous preoccupation’ that could affect the security and stability in the country.

Speaking at the opening of the PBS Labuan division annual general meeting, Dr Maximus also urged such groups not to play with fire.

He advised the public to be wary of the separatists and not to be taken by their wild propaganda.

“These people, who twist facts of history, should get the real story from those involved in the negotiation process for the formation of Malaysia.