KOTA KINABALU: No property developments are allowed within a kilometre radius of the KK Wetlands near here. 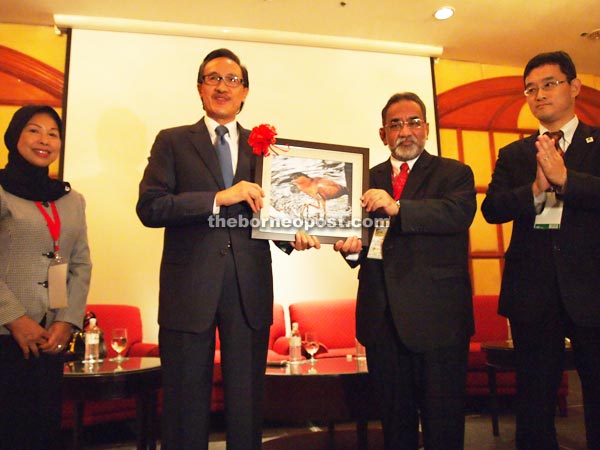 Tourism, Culture and Environment Minister Datuk Masidi Manjun, after opening the international symposium on the conservation and management of Wetlands “Sustainable Conservation and Management of Wetlands” at the Le Meridien near here yesterday, said if property developers were allowed to develop the areas near the KK Wetlands, it would drastically reduce the environmental and habitat qualities of the site due to daily human activities.

“The Sabah Wetlands Conservation Society has written a letter to the government asking the latter to interfere on several (property) development proposals. I am delighted to announce that with the cooperation of City Hall as a commitment of the state government, we will ensure the site remains sustainable by rejecting several proposed housing development projects at areas near the KK Wetlands,” he said.

He mentioned that this included a condominium development project that has been proposed near the site.

“This signifies the government’s seriousness in ensuring there is a balance between development and the effort to maintain and look after the environment. We see that there is something that needs to be done for this unique site and it can be inherited by the future generation.”

Masidi further mentioned that any form of development should consider this issue and expressed that it was his hope that all developers would see it as their responsibility to ensure the site remains as pristine as it is now.

“We have no objections for developers to reap profits from their property development activities but let the profits be accompanied with the feeling of responsibility towards sustaining the environment.”

He also said property developments should not take place anywhere near the KK Wetlands as they were bound to scare away the migratory birds that were seeking refuge there.

“It is bound to have an impact … we don’t see it at the moment but we shouldn’t risk it.”

Masidi also commented on the symposium, describing it as a venue that provided an opportunity for the people in Sabah to learn of ways to look after the wetlands and also source for funds that will go towards sustaining and looking after the site.

Since its inception, the centre has attracted 130,000 visitors and has provided awareness on the roles played by wetlands as an ecological provider of precious resources such as food, timber, medicines and rich biodiversity and ecological services such as storm protection, erosion prevention, water retention, and nursery ground for juvenile marine creatures like fish, crabs and prawns.

“Of this figure, more than 30,000 students have participated in various forms of environmental education programme specifically tailored to educate our younger generation on these important roles,” he said.