Monday, February 6
You are at:Home»Sports»Ten teams compete in basketball tourney
For the freshest news, join The Borneo Post's Telegram Channel and The Borneo Post on Newswav. 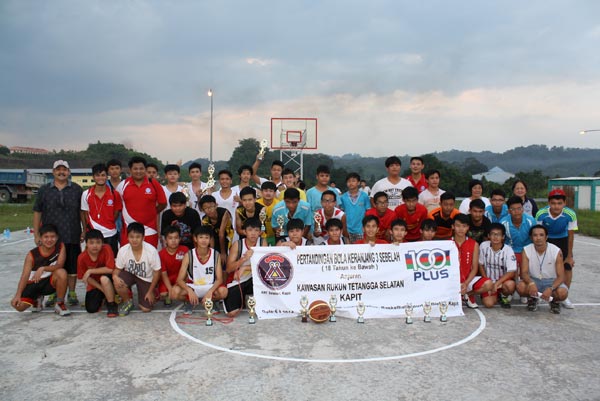 Ma (standing at left) with organisers, officials and players at the end of the tournament.

The three-day tournament, organised by the South Neighbourhood Committee, attracted a total of ten teams.