Saturday, October 1
You are at:Home»News»Sarawak»Enthusiasts want ‘Cat Meet’ to be made an annual event

SIBU: The inaugural ‘Cat Meet’ held at the Sibu Town Square recently is likely to be made an annual event with many cat lovers expressing hope that they can bring their cats to meet at least once a year. 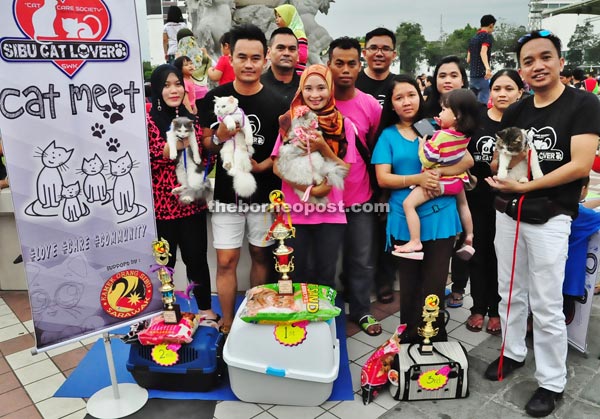 The top three winners in the cat lovers competition posing with Francis (third left, back row) and their winning cats plus prizes. 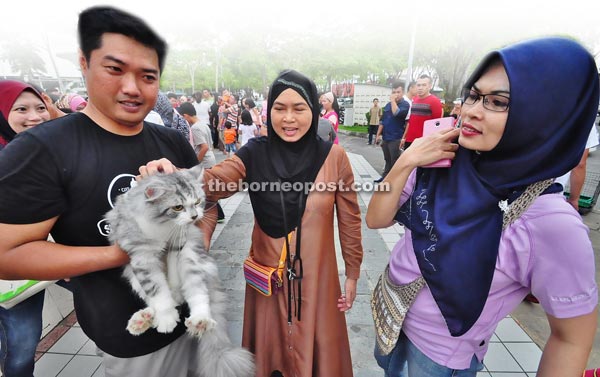 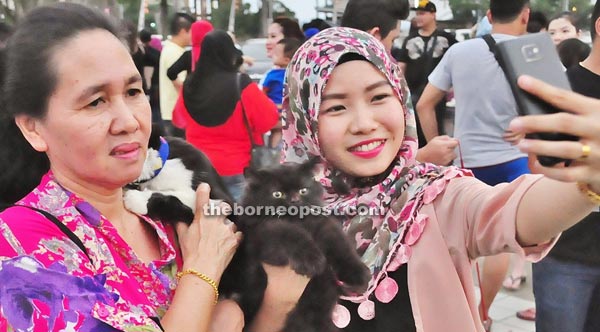 A girl takes a ‘selfie’ with her Persian cat.

The youths with their adorable cats. 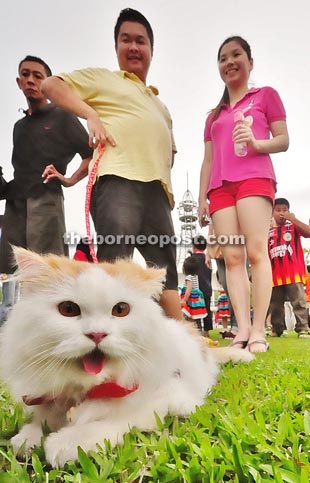 The ‘Cat Meet’ promotes unity as cat lovers come together to share their common interest. 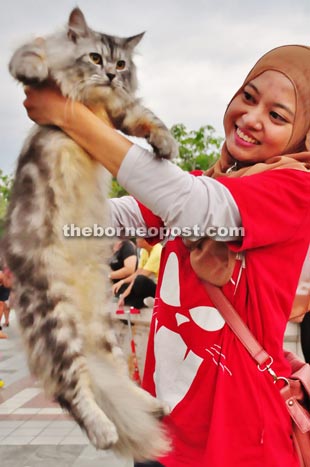 A cat owner shows off her beautiful pet. 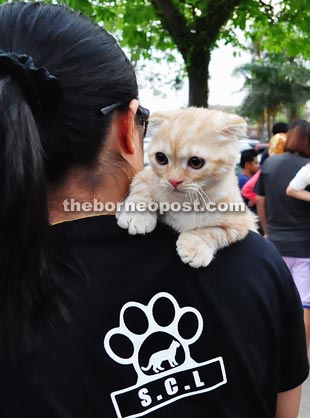 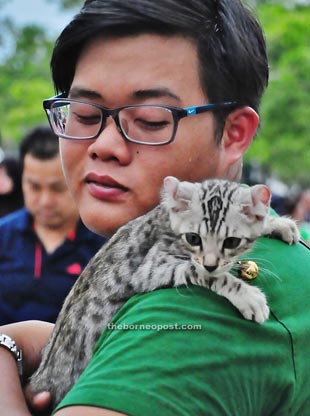 Adi who came all the way from Kuching with his American curl breed cat named ‘Mr president’.

The event was organised by Sibu Cat Lovers with the support of Bintulu Pet Lovers and Kamek Orang Sibu, Sarawak.

Some of the participants came from as far as Kuching and Bintulu.

One of them, who came from Bintulu and identified himself only as Francis, said the event had brought people from all walks of life and of different ethnic backgrounds together.

He said a similar event was held in Bintulu, not once a year but every month.

“Besides that, such event helps to promote good business for the local pet shops,” he said, expressing hope that the same could be done in Sibu.

The event last Sunday included a competition which was won by a Persian cat named `Lulu’, owned by Nurnajwa Zulaika.

Nurnajwa commended the organiser for the well-organised event, saying it went a long way in getting people to love animals.

She spoke against letting pets go astray, saying: “If they do not want to keep their kittens, they can dispose them of through the Internet.”