Monday, September 26
You are at:Home»Sports»Kuching ‘B’ emerges as major contender in state championship

KUCHING: Kuching ‘B’ registered their second straight win in the Men’s Open competition of the Sarawak Inter-Division Basketball Championship on Tuesday night when they trounced Bintulu 111-61. 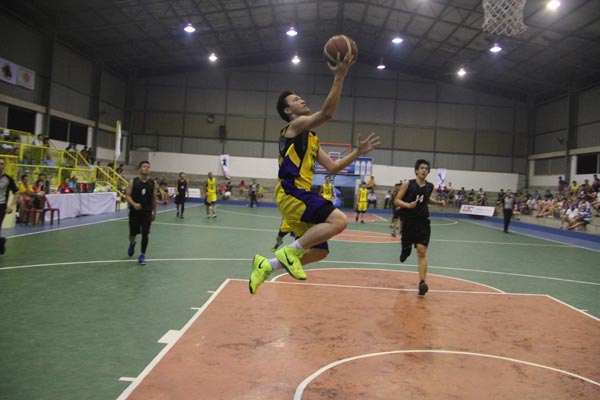 A Kuching ‘B’ player goes for an easy lay-up while Bintulu players give chase. Kuching ‘B’ won this match 111-61 on Tuesday night.

It was clear that Bintulu were no match for Kuching ‘B’ right from the first quarter as the home team raced to a 46-23 lead by half-time.

After the breather, Kuching ‘B’ continued their rampage as they led by 29 points by the end of the third quarter and Bintulu faded into obscurity.

With this win, Kuching ‘B’ have emerged as a title contender and top their Group A to confirm a place in the semi finals. They will take on the team which finish second in Group B.

Kuching ‘B’ have already caused an upset on Monday by beating defending champions Miri 82-62.

“Most of their players who played in the winning team last year were not featured in the Miri team competing this year. It made life a bit easier for Kuching,” he commented.

KDBA are organisers of the on-going annual state championship which started on Monday and end on Friday (Sept 19).

The tournament venue is the Kota Sentosa Basketball Hall.