SIBU: A 7-year-old boy drowned in a lake at Sibu Jaya while his 5-year-old sister also fell into the water has been admitted to the Accident and Emergency Unit of the hospital here. 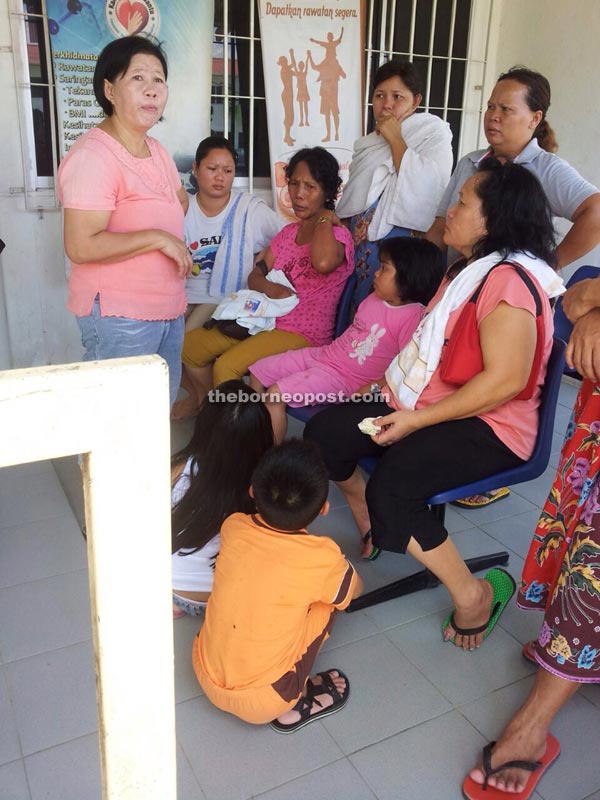 Family members of the siblings grieving for the boy’s death.

They were found in the lake by their grandmother who had left them near the lake side while she was clearing land with weed-killer for paddy planting.

On returning to refill the weed-killer tank, she found the siblings in the lake.

She pulled them out of the water and rushed them to the 1Malaysia Clinic, but the boy had died.

Meanwhile, the three murder suspects in the recent killing of a man found lying naked at the car porch of a vacant house had their remand order extended for five days yesterday.

Prior to the incident, the three suspects were having a drinking session with the deceased and two other men in the detached house in Brooke Drive.

Around 1am, three of them left the house to buy beer. Earlier press reports said the deceased then invited the woman to have sex and she allegedly agreed.

The killing allegedly occurred after the three men returned to the house.

In a separate case, the suspect in the murder of two men at a rented shop house in Lanang Road was yesterday taken by police to the crime scene to facilitate police investigation.

Before the alleged murder around 10pm last Saturday, the suspect was said to be drinking with the two deceased and another man.

A quarrel broke out between the suspect and two of his fellow-countrymen resulting allegedly in the suspect stabbing one of them. Another man who tried to stop him was also stabbed.

The third man was said to have run away after noticing the suspect had a knife.

The suspect later climbed out of a window of a third floor room, but dropped onto the ground floor roof when the pipe he was holding on broke.

After hitting the roof, he plunged to the ground, and was rendered unconscious. He was sent to the hospital in an ambulance.