Sunday, July 12
You are at:Home»News»Sarawak»Sibling victims of MH17 tragedy laid to rest

KUCHING: The remains of two victims of the MH17 tragedy, siblings Muhammad Afzal Tambi, 17 and Marsha Asmeena Tambi ,15, were finally laid to rest next to their parents and eldest brother at the Semariang Muslim Cemetery at Petra Jaya after Friday prayers yesterday. 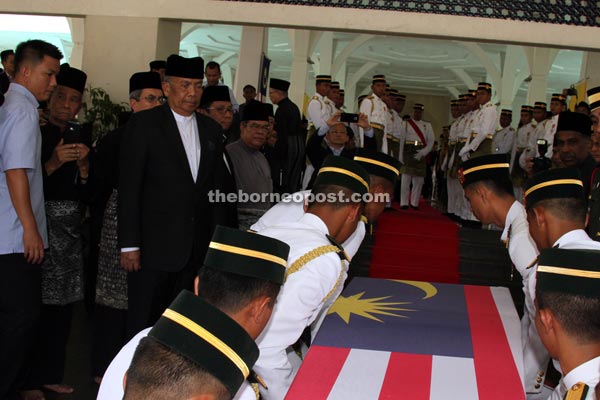 Adenan (fourth left) and other state dignitaries receive the hearse of the two siblings Afzal and Marsha at the entrance of Masjid Jamek. — Photos by Jeffery Mostapa 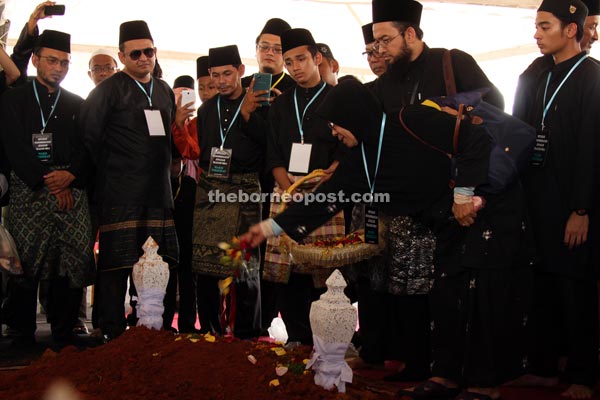 Their parents Tambi Jiee, 49 and Ariza Ghazalee, 47, and their eldest brother Muhammad Afif Tambi. 19, who were also on board the ill-fated flight, were buried at the same cemetery but the remains of await the youngest sibling Mohammad Afruz i, 13 has yet to be identified.

Later the hearse draped with the national flag and accompanied by military personnel proceeded to Masjid Jamek for prayers (Solat Jenazah) before burial.

At the Semariang Muslim Cemetery the relatives and well wishers, among them the Minister of Infrastructure Datuk Fadillah Yusof, attended the burial rites of the two siblings.