Saturday, October 31
You are at:Home»News»Sarawak»Old streets to turn into night food spots 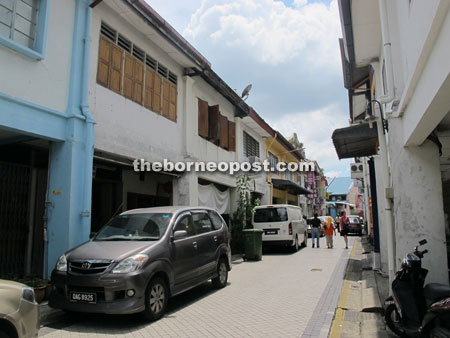 Kai Joo Lane may be turned into a night food market like the one in Siniawan.

KUCHING: Kuching North City Council (DBKU) is planning to turn some of the old streets in the city into night food markets like in Siniawan.

DBKU commissioner Datuk Wee Hong Seng said Kai Joo Lane would have the biggest potential to be turned into a night food market in the shortest time as there are already quite a few famous food outlets there.

“What we are starting to do now is to encourage famous eating outlets in the areas, such as those in Kai Joo Lane to operate in the evening. Kai Joo Lane as one of the oldest streets, has that potential. Slowly, we hope Kai Joo Lane can be turned into something like Siniawan Food Street,” Wee told thesundaypost recently.

To push for faster transformation, a trip will be organised to visit Siniawan Food Street to see how the business community there has managed to make the best of the old shops and turn the area into one of the most popular eating spots at night, not only for residents nearby but also Kuching folk, who are willing to drive more than half an hour to get there.

Wee said in the last few years, DBKU’s many activities and the involvement of new entrepreneurs has led to a revival of the old town.

“The activities of DBKU have brought people into this part of Kuching. With crowds thronging in, business opportunities have been increasing.

“The whole of Main Bazaar used to be quiet after 6pm as all shops would be closed during that time. Now it is getting more vibrant and you see crowds, even in the evening.” 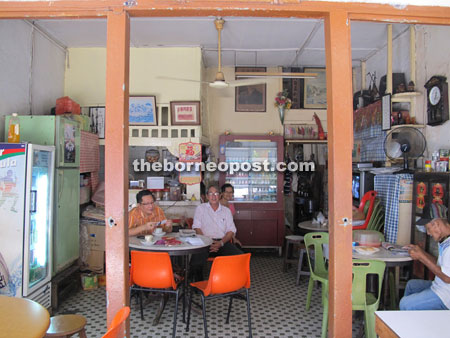 Wee (left) stops for a drink at a Kai Joo Lane coffee shop.

He said the new entrepreneurs are young and have a lot of new ideas to transform some shops into hotspots.

Wee added that the ultimate aim is to come up with opportunities to draw crowds to the old town to revive and restore the glory of this part of the city, making it vibrant for the youth.

On the facelift project for old shops along Main Bazaar, he said it would proceed as planned as more than 75 per cent of shop owners have agreed to it.

“About 5 to 10 per cent of shop owners repainted and renovated the shops themselves. They did it because they saw the necessity for it to be done to lure crowds coming into the area.

“We are now at the stage of collecting quotations where we will present them to the remaining shop owners to make comparisons as some of them can get better deals through their own contacts.

“Only with quotations available can some shop owners make their decisions, after which we shall proceed with the plan,” Wee said.

The government, through the Ministry of Tourism, has offered to pay half the cost of repainting the shops along Main Bazaar.

The project will be undertaken by DBKU as part of the government’s effort to upgrade one of the most visited areas by both local and foreign tourists.