INANAM: Inanam assemblyman, Dr Roland Chia, has called on the state education director and the Ministry of Education to immediately conduct an internal inquiry and a police investigation into allegations that an 8-year-old student was physically punished by a teacher in an incident on September 22 at 11 am at SK Kitobu, Inanam, which resulted in the student receiving 3 stitches for his injuries. 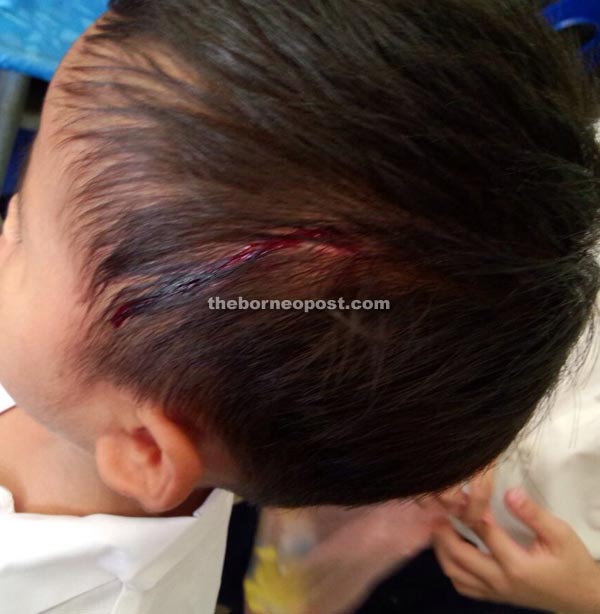 The student with the injury on his head. 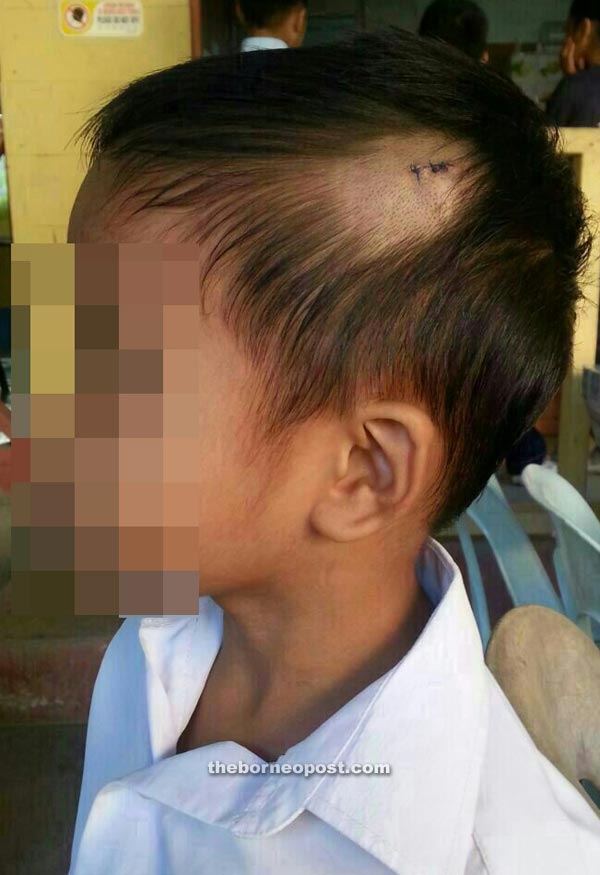 Picture of the primary two student with his injured head that was posted in the social media WhatsApp and Facebook.

Chia made this call after his team visited the parents of the student concerned, and also after studying the police report made by the student’s father, Jobelly AK Juang.

According to him, the father of the student had requested for an inquiry to be conducted as soon as possible to be followed with appropriate action as deemed fit by the education authority.

Chia opined that untoward incidents like this should not have happened as primary students in their tender young age should not be physically disciplined but rather that they be sent for counselling to find out why they were unable to complete their home work.

He said incidents like these could deter them, especially rural students, from continuing with their education and eventually ending in failure to bring human capital development to the rural areas.

Meanwhile, the Sabah Education Department has denied the allegation of abuse of a primary school student here after pictures of a student with a head injury was uploaded and became viral in the social media.

Education director, Datuk Jame Alip, confirmed having received a report about the alleged incident on Monday and had gone to the school to investigate.

Reportedly, there were pictures of a student with patches of blood on his head claiming that he was slapped, had his ears pulled and head smashed on a table by his female teacher that were uploaded and posted on the social media, WhatsApp and Facebook.

But, according to Alip, what actually happened was the result of an accident, when the primary two student accidentally fell and knocked his head on the edge of the teacher’s table after he lost his balance.

“The whole incident happened when the teacher tried to pull the boy’s ears as punishment for not doing his homework. The boy, in trying to avoid the punishment, turned away and lost his balance and subsequently fell down, hitting his head on the edge of the table,” Alip explained yesterday.

Alip said the school management and the Sabah Education Department had met up with the boy’s parents to explain what actually happened and the parents were reportedly satisfied with the explanation given.

Under the circumstances, Alip said, the Sabah Education Department considers the case as having been amicably resolved.