Friday, July 10
You are at:Home»News»Sarawak»Man who ran amok at family’s house detained 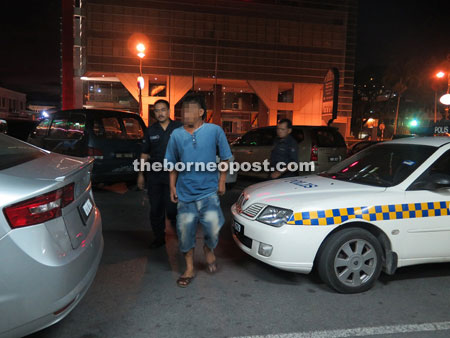 The suspect being brought to Miri Central police station following a call by his family members.

MIRI: A man has been arrested following a report of him running amok at his family’s residence in Permyjaya.

It is believed that the suspect, in his 30’s, was under substance abuse prior to the 12am incident yesterday.

According to police, the man had been detained for drug abuse before.

It was his family members who called the men-in-blue, reporting on his aggressive behaviour which terrified them.