Tuesday, December 7
You are at:Home»News»Sabah»Pirate attack near Banggi 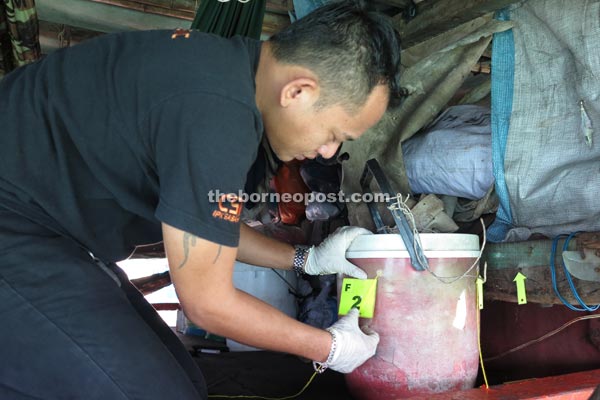 A forensic police personnel carrying out investigation on the fishing vessel. 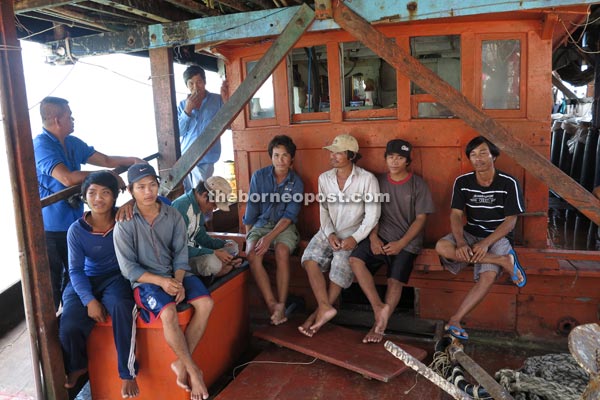 The remaining boat crew who escaped the shooting. 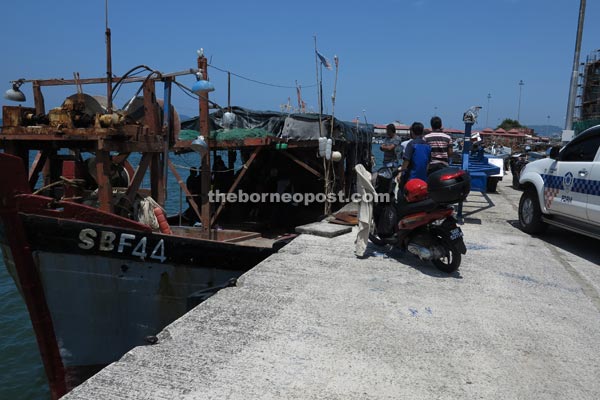 The fishing vessel docked at the marine police jetty in Kota Kinabalu. 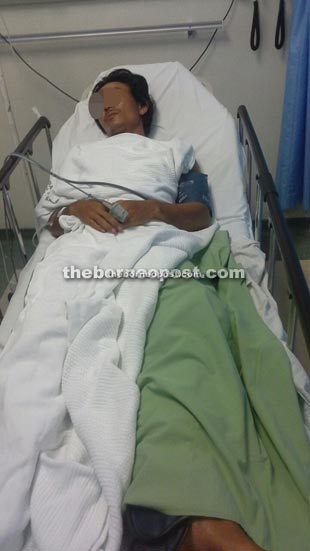 Both victims being treated in hospital. 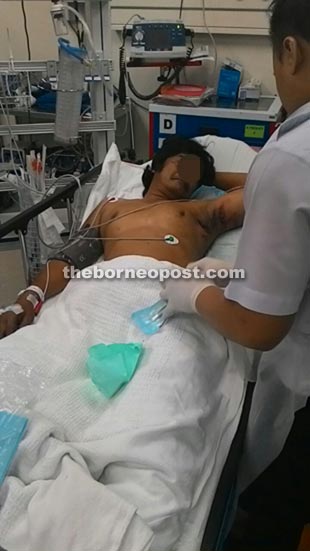 The victims were identified as Nguyen Nain Len, 47, and Huynh Thanh Tuan, 33, who were injured on their armpit and knee respectively in the 9am incident.

Both victims were among 10 fishermen onboard a fishing vessel which belongs to a Sabah-registered fishing company, SK Fishing Enterprise.

“The suspects fired several gunshots, hitting the vessel and two crewmen in the process.

“The fishing vessel however managed to escape and hide behind Pulau Sepanggar before they were spotted by marine police who escorted them back to the marine jetty here in Kota Kinabalu,” he said yesterday.

Jalaluddin added police found several bullet holes on the fishing vessel, while the injured victims were taken to the Queen Elizabeth Hospital. Their condition was reported to be stable.

Police investigation revealed the fishing vessel was believed to have entered Philippine waters to catch fish before the incident.

Jalaluddin said police investigation also showed the suspects were pirates who intended to steal the vessel.

“We have notified our counterparts from the Navy, Malaysian Maritime Enforcement Agency and ESSCom to be on a look out for the suspects,” he said, adding that the case would be investigated under Section 307 of the Penal Code for attempted murder.