Friday, August 12
You are at:Home»News»Sarawak»Fadillah says Pan Borneo Highway to be built under Ukas initiative

KUCHING: The much-anticipated Pan Borneo Highway, now under the Public Private Partnership Unit (Ukas) of the Prime Minister’s Department, is ‘still at the finalising stage’. 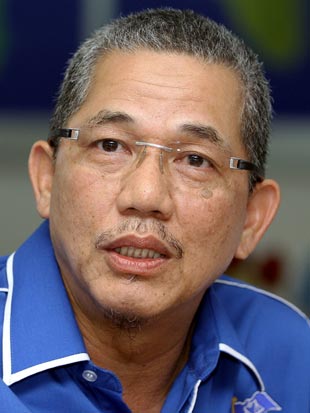 According to Works Minister Datuk Seri Fadillah Yusof, the Ukas initiative is to speed up the implementation of the said project, which aims at upgrading the present trunk road into a dual-carriageway, from Sematan all the way up to Serudong, Sabah.

At a news conference here yesterday, Fadillah did not mention when the Pan Borneo Highway project would commence but said the cost was reviewed from the estimated RM22 billion in 2010 to RM27 billion as announced in Budget 2015.

He pointed out the initial cost estimation of RM22 billion was based on the Highway Network Development Plan (HNDP) published in 2010, provided to the Parliament by the Works Ministry in 2013.

He said the cost was later estimated at RM27 billion because the prime minister was more committed to implementing the project sooner rather than later.

“Under the Ukas initiative, the private sector will be expected to fork out money to build the highway within an agreed period of time, and the government will pay back the cost upon the completion of project.”

Fadillah, also Petra Jaya MP, believed through Ukas, the Pan Borneo Highway would be completed in a speedier manner given that if it were wholly a public initiative, the government would have to allocate over RM3 billion every year for the project.

In Budget 2015, he said the Ministry of Works was allocated RM3.8 billion for development projects in the country and not just for a couple of states.

“The allocation is for the whole of Malaysia for the year 2015 whereas more than RM3 billion is required for the Pan Borneo Highway project alone each year once it commences.”

Recently, Bandar Kuching MP Chong Chieng Jen quoted the HNDP as saying that the total costs to upgrade the full stretch of Pan Borneo Trunk Road into a highway was estimated at RM22 billion, and that the government should implement the project from 2011 to 2025.

He said the ministry in 2013 told Parliament that the “full length of Pan Borneo is 2,239 km out of which 248km has four or six lanes while the remaining 1,991 km is still single carriageway.”

Chong, also state DAP chairman, also pointed out that according to Budget 2015 the government intended to construct the 1,663km highway comprising 936km in Sarawak and 727km in Sabah at a total cost of RM27 billion.

“If one were to compare the answer given in 2013 and the figure stated in the Budget 2015, it is shocking to note that the stretch of Pan Borneo Highway that will be upgraded has shortened by 328km but the costs of construction has increased by RM5 billion.”