Friday, August 12
You are at:Home»News»Sarawak»Malaysians called to pledge their organs

KOTA SAMARAHAN: Malaysians are called to come forward and pledge to donate their organs to save lives. 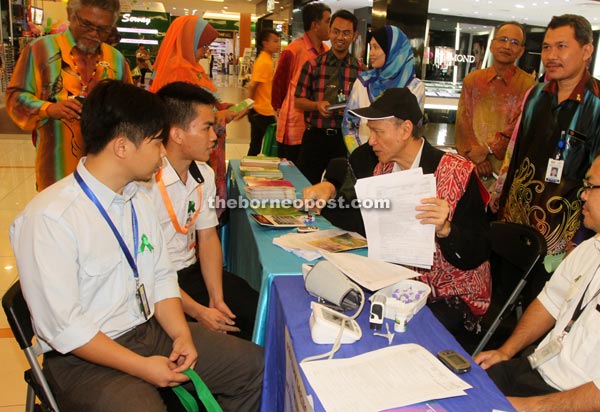 Ministry of Health’s Organ Donation Awareness Promotion Action Committee chairman, Tan Sri Lee Lam Thye, said while statistics of the National Transplant Resource Centre had shown that the number of organ pledgers had increased each year to more than 260,000 as of September this year, the figure still accounted for less than one per cent of the country’s population.

“From 1997 till September this year, there are 266,583 pledgers in the registry which constitutes only 0.88 per cent of the country’s 30.3 million people. Of the figure, 8,296 registered pledgers are from Sarawak,” he told a press conference after officiating at the state-level Organ Donation Promotion Roadshow at The Summer Shopping Mall here yesterday.

This year, 18,745 have registered as new pledgers of which 277 are from Sarawak.

“With more than 18,000 patients waiting for organ transplants in the country, we hope to achieve our target of one per cent organ pledgers in Malaysia by end of the year. I thus call on all caring Malaysians to come forward and pledge themselves as organ donors which is the ultimate humanitarian act of charity and the gift of life,” he said, adding the highest number of patients on the waiting list were those in need of kidney transplant, followed by liver, heart, lungs and both heart and lungs.

While he acknowledged it would not be an easy task to convince everyone to be an organ pledger, he believed that through various campaigns and programmes which provided readily available information on organ donation, would reduce the misconceptions and fears surrounding organ donation.

“A lot of information and explanation will have to be disseminated to the people to clarify on things they are not clear with such as religion, culture and taboo.

“We also want to make it very clear that those who volunteer and pledge as organ pledgers, their organs will only be donated after death.”

He also advised organ pledgers to inform their family members of their decision to donate their organs to avoid any conflicts later.

For those who wish to pledge their organs, Lee said they could register themselves online at www.dermaorgan.gov.my or through organ donation roadshows and campaigns.

“Upon registration, the individual will be issued with an organ donor pledge card which should be kept with him or her at all times,” he added.

Among those present during the function were Sarawak General Hospital deputy director (medical) Dr Mohd Asri Riffin and director of the Ministry of Health (education division) Abdul Jabar Ahmad.