DUBAI: The Iskandar Regional Development Authority (IRDA) has so far awarded a total of RM1.52 billion or 76 per cent of the contract value of infrastructure projects in Iskandar Malaysia to Bumiputera contractors since 2006. 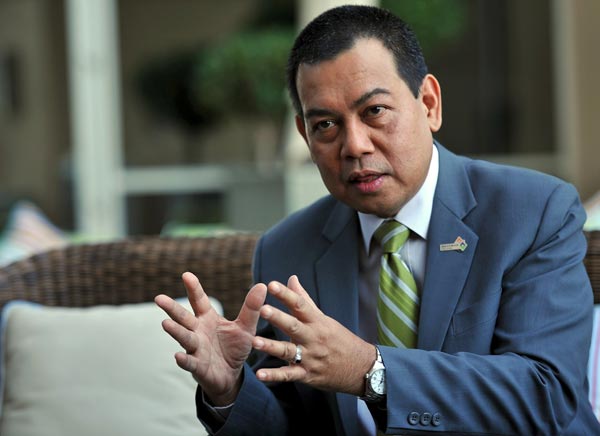 On the misperception that Iskandar Malaysia has been designed to attract foreign investors, Ismail said the region is positioning itself as a business-friendly destination for local as well as international investors. — Bernama photo

“Under IRDA’s purview is RM2.6 billion worth of projects of which RM2 billion has been awarded to various contractors with 76 per cent of the contract value awarded to Bumiputera contractors,” he said.

IRDA is the regulatory authority mandated to plan, promote and facilitate the development of Iskandar Malaysia into a strong and sustainable metropolis of international standing, where living, working, business and leisure converge seamlessly.

Reputed as the fastest growing economic corridor in the region, the 2,217 sq km strategically-positioned Iskandar Malaysia continues to attract investments from at home and abroad.

It has secured investments worth RM10 billion in the third quarter of this year, bringing the total cumulative committed investments since its inception in 2006 until Sept 30 this year to RM156.35 billion, of which RM77.17 billion or 49 per cent represents investments that have been realised.

On the misperception that Iskandar Malaysia has been designed to attract foreign investors, Ismail said the region is positioning itself as a business-friendly destination for local as well as international investors.

Ismail highlighted that domestic investments in Iskandar Malaysia amounted to RM98.85 billion or 63 per cent of the total cumulative committed investment as of September 2014.

On the participation of small and medium enterprises (SMEs) in Iskandar Malaysia, Ismail said, “Johor is one of the top three states contributing to Malaysia’s economic growth in the services, manufacturing and agriculture sectors.

“This development is supported by 341,152 SMEs registered with the Companies Commission of Malaysia in 2011, and this figure is four times the number of SMEs in Johor in 2010.

“This drastic increase since 2010 shows the high level of entrepreneurship among SMEs in Iskandar Malaysia,” he said.

According to Ismail, the growth of investments in Iskandar Malaysia has also generated an increase in economic activities and correspondingly, further demand for employees from Johor.

From 2007 to 2012, a total of 554,796 jobs were created in Iskandar Malaysia, both in the nine promoted sectors as well as property, construction and retail.

“In order to meet the demand for specialised skills, we have several programmes such as the Iskandar Malaysia Creative Industry Talent Development Programme, Finishing School for Hospitality and Tourism, and Oil and Gas Sectors, National Talent Enhancement Programme (NTEP), Career, Business and Skills Carnival (KEPAK) and Talent Outreach Programme,” he said.

Ismail said in 2013, a total of 98,440 were created in Iskandar Malaysia, comprising 15 per cent skilled, 20 per cent semi-skilled and 65 per cent low/unskilled jobs.

The Electrical and Electronics sector accounted for 46 per cent of the jobs created (for production operators) followed by Construction (27.9 per cent), Food & Agro (12.6 per cent) and Hospitality & Tourism (8.3 per cent).

Last year, 11,180 job opportunities were filled up, he said. — Bernama