Tuesday, August 9
You are at:Home»Business»BizHive»The week at a glance 23 November 2014 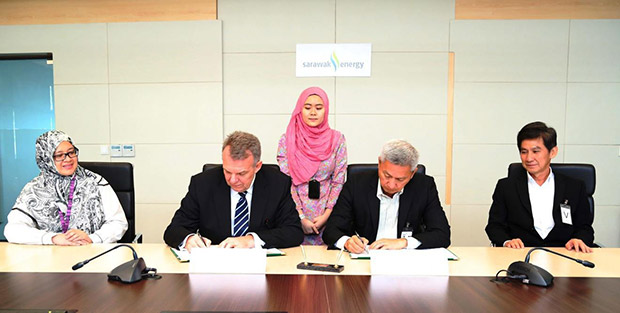 KUCHING: Alliance Bank Malaysia Bhd (Alliance Bank) sees phenomenal small and medium enterprise (SME) business growth in Sarawak, partly due to the fact that they support the heavy industries under the Sarawak Corridor of Renewable Energy (SCORE).  During a media briefing and introduction to SME Innovation Challenge 2014 event on Wednesday, Ting Sie King, senior vice president, regional head, Sarawak region, Alliance Bank, in the context of Sarawak, under the SCORE, he believes it is very invested in heavy industries which pave the way for SMEs to come in and support these industries.

KUCHING: Press Metal Bhd (Press Metal) is expected to double   production capacity for aluminium ingots at its Samalaju manufacturing plant to 640,000 tonnes from the present 320,000 tonnes to meet the increasing global demand.

On Wednesday, Press Metal in a statement said it had signed a power supply term sheet with Syarikat Sesco Bhd, a wholly-owned subsidiary of Sarawak Energy Bhd (Sarawak Energy) for the supply of electricity to Press Metal’s proposed Phase III of its aluminium smelter, which will be located at Samalaju Industrial Park.

KUCHING: TSH Resources Bhd (TSH Resources) posted a set of mixed financial performance for the third quarter of 2014 (3Q14). The company announced on Bursa Malaysia that it generated higher revenue for 3Q14 but its net profit dropped year-on-year (y-o-y).

KUCHING: Bintulu Port Holdings Bhd (Bintulu Port) is expected to benefit from Press Metal Bhd’s (Press Metal) increase in production at its Samalaju aluminium smelter. According to AmResearch Sdn Bhd (AmResearch), Press Metal could utilise two-thirds of the additional 320,000MT capacity by 2016, and the remainder by early 2018. It noted that land clearing works have begun on the site and this is positive news for Bintulu Port, which is already benefiting from Press Metal’s plant in Samalaju.

Discovered in 1970, the E6 field is the last field to be developed under the SK308 Production Sharing Contract.

KUALA LUMPUR: In line with the liberalisation of the services sector, the Ministry of International Trade and Industry (Miti) is reviewing processes and procedures to facilitate business. Secretary General Datuk Dr Rebecca Fatima Sta Maria said with the need for businesses to gain market access, Miti and the Malaysian Productivity Council (MPC) are involved in a series of discussions, to overcome challenges.

Malaysia to work on climate action towards greener economy

KUALA LUMPUR: Malaysia is going to continue working with other developing nations to prove that climate action towards a greener economy would bring about greater opportunities for the people, rather than costs.

Prime Minister Datuk Seri Najib Tun Razak said fast-developing nations, in favour of ambitious action on climate change, are living proof that the economy and environment can together prosper.

KUALA LUMPUR: Bank Negara Malaysia (BNM) will look at the future prospects of the global economy, alongside the current recession in Japan, before adjusting monetary