Tuesday, February 7
You are at:Home»Sports»Faizal is Mr Senso Perfect Fit
For the freshest news, join The Borneo Post's Telegram Channel and The Borneo Post on Newswav. 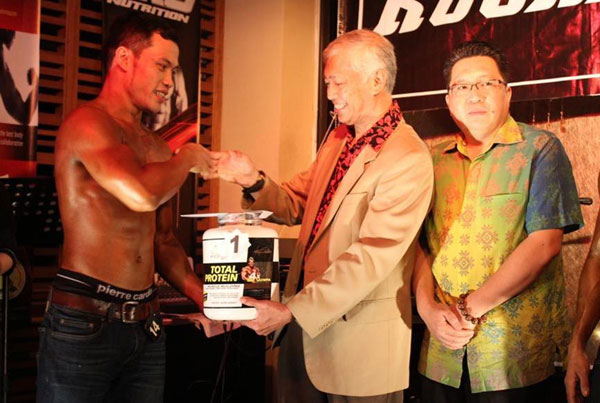 Each took home prizes sponsored by Kuching Supplements, as well as other sponsors such as CS Mini
Market and Guinness Anchor Bhd.

Ghaddafie noted that with the booming of the fitness and bodybuilding industry in the state, many young talents had begun to show interest in this healthy lifestyle and dare themselves to take part in competitions.

“This is a very positive development which shows that Sarawak is not lacking when it comes to having potential bodybuilding champions.

“Any physique competition such as Mr Senso Perfect Fit would serve as a viable platform not only for those wanting to embark into professional bodybuilding, but also for the state to seek new talents who could one day become the pride of the state in the sport,” he said in a press statement yesterday.

As a food and health supplement company, Ghaddafie said Kuching Supplements had always supported state sports by way of sponsoring a number of athletes to local and national events.

“This time, we have decided to go a bit further by sponsoring the Sarawak team to the Mr Borneo Bodybuilding Championships 2014, which will take place in Kota Belud, Sabah this Dec 20.

“While we seem to be endorsing bodybuilding, we also strive to support other sports such as muaythai, mixed martial arts and cycling. This is our way of giving back in helping sports development in Sarawak,” he said.