Friday, December 4
You are at:Home»News»Sarawak»Fuel pump prices may go down — Ahmad 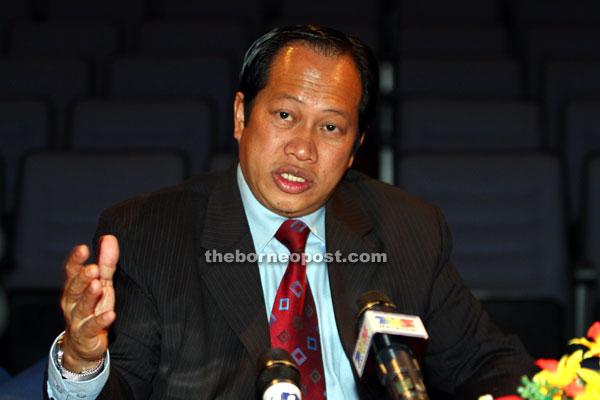 Ahmad opines that based on last week’s trend, the price of diesel by Jan 1 may go down from the current RM2.23 per litre.

KUCHING: The nation will enjoy a further drop in fuel prices, if the downward trend in global prices is anything to go by.

Deputy Finance Minister Datuk Ahmad Maslan noted that the first week of this month had seen worldwide oil prices exhibiting declines and if such trend continued, he believed that prices of diesel, RON95 and RON97 would go down as well.

“Based on last week’s trend, the price of diesel by Jan 1 could go down from the current RM2.23 per litre.

“The prices of RON 95 and RON 97 might come down as well. We will see such (downward) trend over these next few weeks,” he told a press conference after giving a briefing on Budget 2015 and Goods and Services Tax (GST) at the Teachers Training Institute (IPG) Batu Lintang Campus here yesterday.

The event was organised by the Finance Ministry and Information Department, which saw the state Information acting director Zaini Mohamad also attending.

Touching on the low supply of RON97 of late, Ahmad said this was due to a sudden surge in demand – up by 500 per cent; not because of speculative buying or smuggling of fuel.

He explained that many had opted for the premium fuel as the price gap between RON95 and RON97 was only 20 sen.

“Prior to the price reduction of RON97 to RM2.46 per litre, only three per cent of consumers were using it. Following the drop, the demand (for RN97) has increased by 500 per cent. Consumers are willing to overlook the 20 sen difference in prices between RON97 and RON95 (RM2.26 per litre); possibly due to rumours that RON97 guarantees extra mileage.

“Let me tell you this – there is no scientific evidence on RON97 offering more mileage than RON 95. The low supply is not because of fuel smuggling, but due to the sudden rise in demands,” he said.

In addition, Ahmad warned businesses to stop using fuel price hikes as the excuse to raise price of goods.

“Now that fuel prices have gone down, prices of goods should be reduced as well,” he stressed.