Saturday, January 16
You are at:Home»News»Sarawak»Incentives to lure flights to state 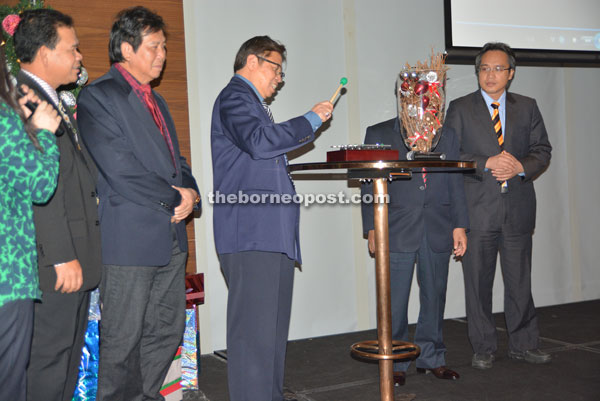 SHENZHEN, China: Sarawak Tourism Ministry yesterday revealed plans to offer incentives to Chinese tourism companies and charter flights from China to Kuching and Miri to boost tourism in the state.

“This series of incentive will be rolled out next year to assist and encourage interested airlines to take this new route because Sarawak is a new destination for China market,” he said.

“Our aim is also to build the level of awareness of Sarawak to the China market which is still very foreign,” he pointed out.

“After a fruitful discussion, Malaysia Airports Berhad has agreed to provide free air service for parking and landing while Sarawak Tourism Board will assist with subsidies for airport tax and aero bridge as well as free space for office in airport,” he explained.

“We are targeting the southern markets particularly in Guangdong province where there are already direct flights to ten cities including Guangzhou, Shenzhen, Fuzhou, Xiamen, Zhuhai, Nanning, Guiling, Chengdu, Chongqin and Kunming,” he added.

Abang Johari pointed out that there was visible increase in Mainland China tourists to Sarawak over the years, from 35,000 in 2011 to 42,000 last year.

“The arrivals from China until September this year has reached 32,000, which is an increase of 0.5 per cent compared to the same period last year,” he said.

Muzambli assured that the Malaysian Embassy in Guangzhou would support Sarawak to tap into the China market.

“Most Chinese visitors are rather spoilt and would prefer a relaxing vacation while eco-tourism is still very new to them,” he said, adding that promotion and marketing were very important tools to build a strong image of Sarawak.

He is leading an entourage from the Sarawak Tourism Ministry on an 11-day visit to China beginning Dec 1 covering Beijing, Shanghai, Shenzhen and Hong Kong.

Previous ArticleOlympic TV to be launched around the world
Next Article Riot: Ministry strict on hiring Bangladeshis in plantations