Monday, January 24
You are at:Home»News»Nation»Committee will only probe security of KLIA2 – Liow 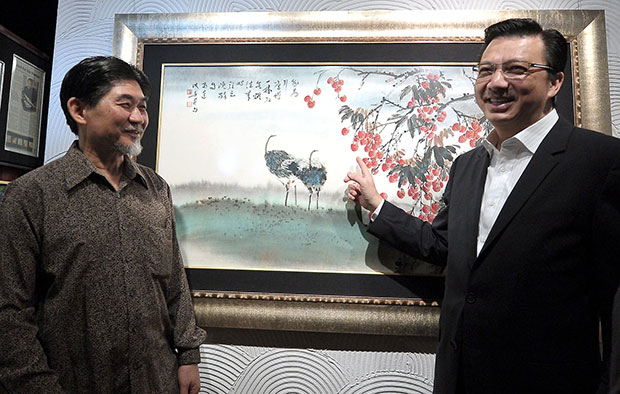 He denied the IAC was ‘not independent’ and a ‘waste of resources’ as claimed by Public Accounts Committee (PAC) chairman Datuk Nur Jazlan Mohamed.

“The IAC is responsible for passenger safety and aircraft landing in accordance with standards set by the International Civil Aviation Organisation (ICAO). This is due to the water pool on the apron recently.

“The technical and safety aspects will be managed by the IAC to comply with the standards and requirements,” he told reporters after opening the ‘Old Rich’ solo exhibition by Chinese painter Prof Cheng Haw-Chien  here, yesterday.

On Thursday, Liow announced that Federation of Engineering Institutions of Asia and Pacific (FEIAP) president Datuk Dr Chuah Hean Teik had been appointed as IAC head.

Liow said the Ministry of Transport (MOT) was willing to cooperate by giving detailed information on the construction and development of klia2 as wanted by the PAC.

“We have also urged Malaysia Airports Holdings Berhad to give an explanation on the construction of klia2 to the PAC if required.”

Asked about a suggestion by former prime minister Tun Dr Mahathir Mohamed that Malaysia should lead the Malaysia Airlines (MAS) MH17 probe team , he said: “Ukraine should be leading the team since the tragedy occurred in the country  but they they handed it over to the Netherlands.

“However, Malaysia is a full member of the MH17 joint investigation team focused on criminal investigation, whose members include Australia, Belgium, Ukraine and the Netherlands,” he added.

The Boeing 777 aircraft was shot down in war-torn eastern Ukraine on July 17 while on a flight from Amsterdam to Kuala Lumpur.

All the 298 passengers and crew, including 44 Malaysians, were killed in the tragedy. — Bernama