Saturday, June 19
You are at:Home»Sports»Major boost for paralympic athletes 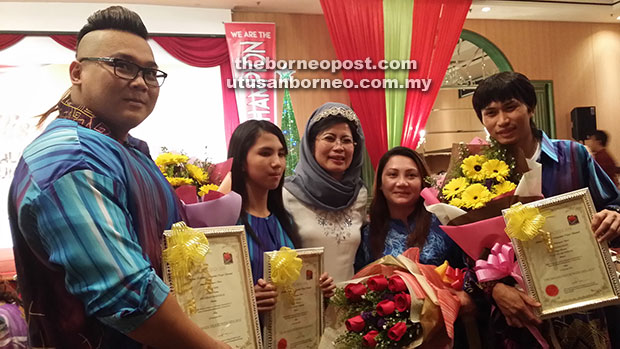 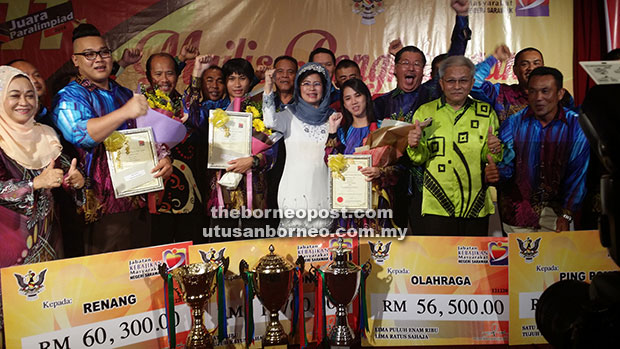 KUCHING: Incentive rewards for state paralympic medallists will be the same as the able-bodied athletes in Sukma from 2016.

The increment, said Welfare, Women and Family Development Minister Datuk Fatimah Abdullah, will spur the athletes to strive for more gold medals in the next Malaysia Paralympiad.

She was speaking at the appreciation night at Grand Margherita Hotel here on Friday to celebrate Sarawak winning its 11th national title at this year’s 17th Malaysia Paralympiad held in Perak in August.

“I believe our para athletes can further grow their potential and achieve excellence,” she added.

Sarawak has dominated the National Paralympiads since 1994, winning the overall title for eleven straight editions.

Fatimah also disclosed that State Cabinet Council Meeting has approved the RM126,000 allocation to be included in the operating costs of the State Welfare Department.

“So, there’s no need to apply anymore,” she said.

The current incentive reward for para athletes at the state level is RM1,000 for gold, RM700 for silver and RM500 for bronze.

Fatimah emphasised the importance of continuous efforts and systematic planning to defend Sarawak’s status as a powerhouse in the national paralympiad.

“This is even more crucial as Sarawak will become the host for the 18th Malaysia Paralympiad in 2016 after the Sukma games,” she said.

“As such, the planning and allocation must be in place to support the management team, coaches and other support staff who have contributed so much of their time, energy and money voluntarily to defend the national title,” she said.

Fatimah advised para athletes to improve their performance as athletes from other states are catching up fast.

“The responsible agencies have to set up a working committee to draw strategic planning on measures to maintain this championship title,” she stated.

“Our goal is to be the champion and no less than that.”

Fatimah also emphasised the need to develop new potentials and talents to compete in both national and international levels especially at the Rio 2016 Olympic Games.

On the welfare of para athletes, officers, coaches and support staff, she stressed that there must be adequate consideration to provide equal allocation to prepare the Sarawak contingent, including allowance, on par with Sukma.

“The material assistance such as supplements, sports attire, shoes, training venue rental and equipment must be ready as the para athletes could not afford to buy their own,” she said.

On disabled-friendly infrastructure and facilities to support the National Paralympiad hosted by Sarawak in 2016, Fatimah pointed out that the preparation must start now.

“This includes transport infrastructure …, sports village, sports venues and so on,” she said. “We also need to provide training to improve the skills of coaches, managers, technical staffs and volunteers,” she added.