Tuesday, July 27
You are at:Home»News»Nation»Najib announces RM500 million in aid of flood victims 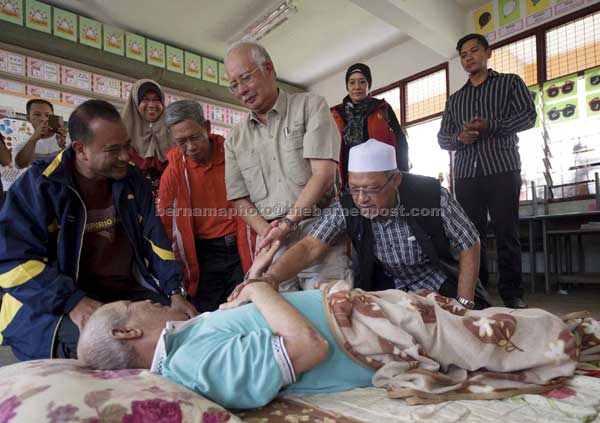 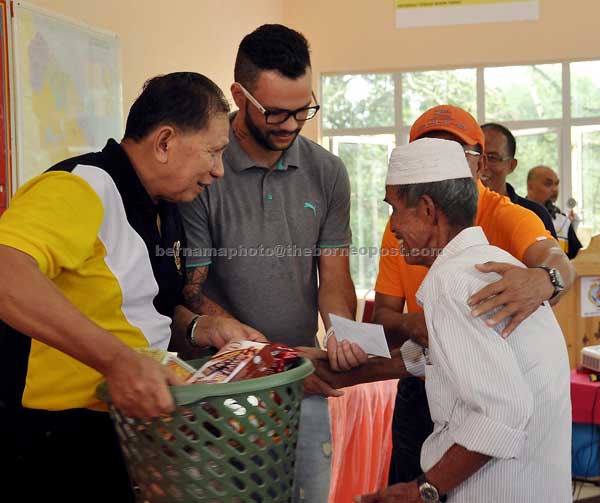 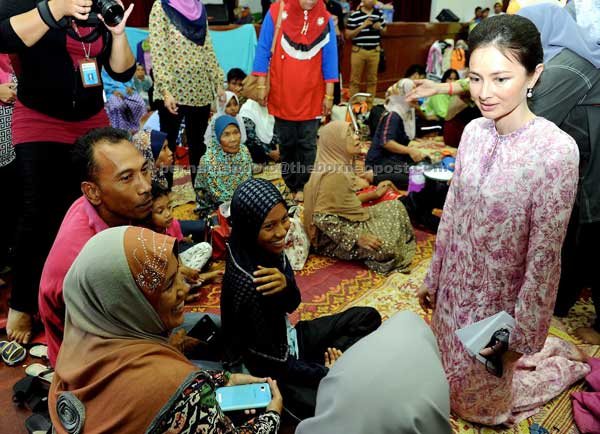 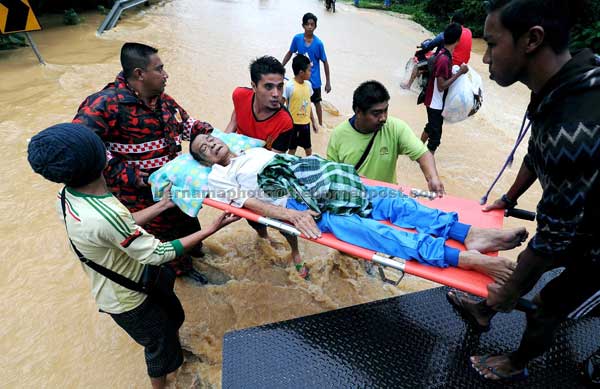 Villagers helping Fire and Rescue personnel to evacuate senior citizen Samah Singah, 71, during the operation at Kampung Pangsenam in Temerloh – one of many inundated areas along the Pahang River. According to Meteorological Department, heavy rains are expected to continue over the East Coast of Peninsular Malaysia until next week. — Bernama photo 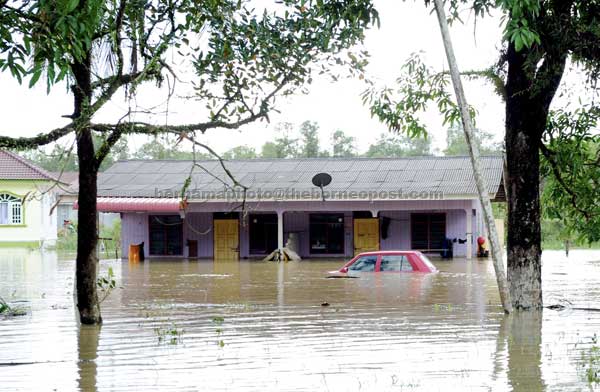 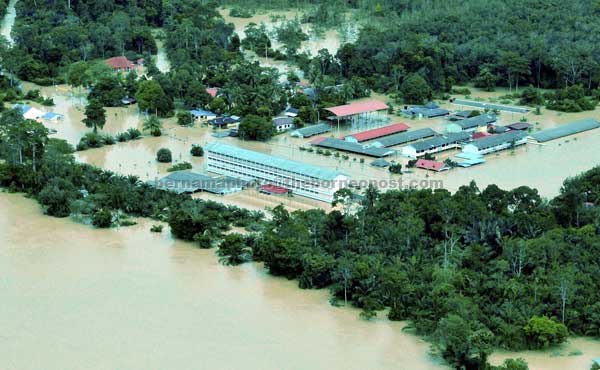 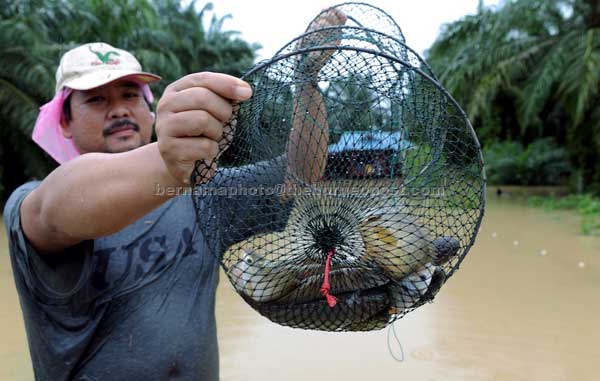 The floods bring good tidings to village folk in Kampung Gajah, Perak as Suhaimi Sanusi shows a freshwater fish he snared near his house in Kampong Teluk Kepayang which was inundated on Friday.

He said the funds would be managed fully by the National Security Council (MKN) and it would be disbursed after the conclusion of the floods.

“The aid will be distributed through the MKN based on the criteria to be specified,” he told reporters after making an observation by air in the districts severely affected by the floods such as Tumpat and Tanah Merah.

Najib also announced that the payment of the 1Malaysia People’s Aid (BR1M), which is scheduled for disbursement at the end of January, would be speeded up to the middle of the month.

In addition, in a move to ease the burden of the people affected, the prime minister also urged the financial institutions and agencies managing loan funds to reschedule the repayment period of the borrowers.

Commenting further, Najib said the RM500 million fund consisted of aid for victims whose homes and vehicles were damaged by the floods.  However, he said the fund did not include the allocation to be specified later to repair damages to educational institutions, government buildings, mosques, surau and others.

“The JKR (Public Works Department) will coordinate repair works (on public infrastructure) that need to be done as soon as the floods have subsided,” he said.

He pointed out that all assistance must be carried out at the maximum level possible by everyone, including the government agencies concerned.

Najib said he was informed by the MKN that the disaster this time was very serious because certain locations that were not affected by the floods in the past were badly affected this time.

“I am told that the situation is most critical where the water level is still rising in some areas, and there are also areas that were never flooded previously but are now facing serious floods.

“And there are areas where the people (residents) had to flee to hill tops and hill slopes…and (there are) flood relief centres that are suddenly created because the flood situation this time is beyond expectation,” he added.

In this context, Najib hoped all the agencies involved would ensure that focus was fully given to rescue efforts and providing aid to the flood victims.

“I strongly hope for cooperation from everyone to ensure that in the first phase we can concentrate on rescue efforts and providing aid such as food, blankets, mats, candles and so on,” he said.

The Prime Minister drew attention to the more critical situation because the water level was very high with very strong current besides the disruption in power supply.

“This means that clean water supply too cannot be delivered and flood victims at the temporary relief centres had to endure darkness without electric supply,” he said.

On whether the federal government would declare a disaster emergency for Kelantan, Najib said for the time being there was still no necessity for it after taking into consideration the implication involved.

“If the government announces an emergency, the implications that will arise include the insurance companies being absolved from paying compensation…and compensation arising from damages to property and vehicles is enormous.

“That’s why if we declare (an emergency), this means it includes the ‘force majeure’ category, and insurance companies need not pay compensation (in this case),” he said.

In addition, the prime minister said all efforts had been intensified fully as though the situation was an emergency, and the relevant agencies had been directed to further enhance rescue efforts and increase aid.

Asked on the estimated value of damages throughout the country as a result of the disaster, he said an evaluation could not be done yet as the flood had  not fully receded.

At the same media conference, Najib said that he was proud and thankful for the strong commitment and sacrifice shown by all members of the security forces and civil service who had been working during the disaster. — Bernama 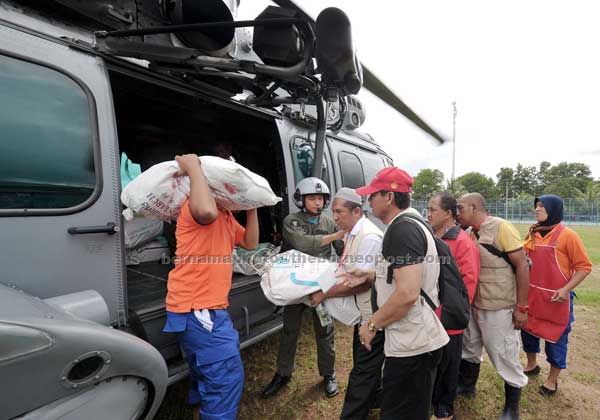 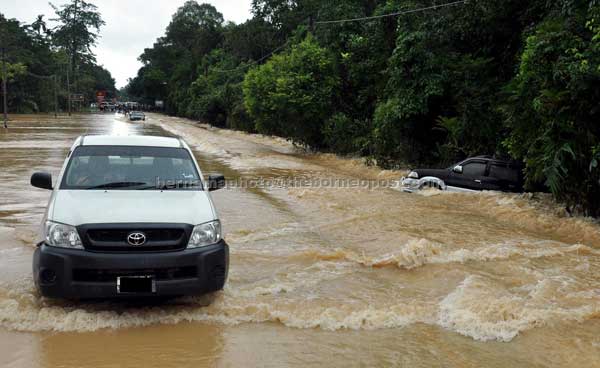 Vehicles can be seen abandoned on Friday, devastated by flood waters along the Jerangau-Jabor road in Kpg Dendang, Dungun, Terengganu. The road has been closed to traffic since Dec 24. 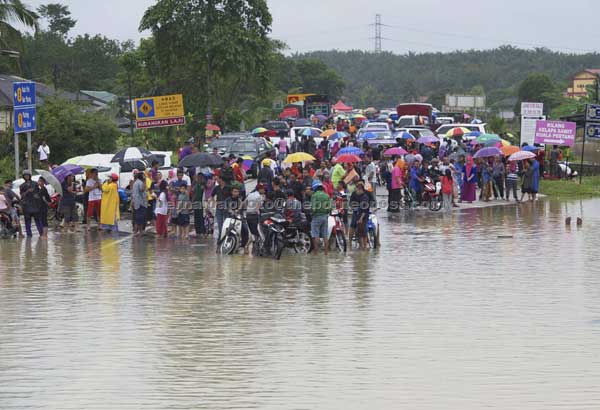 Stranded crowds along the Kota Baharu-Gua Musang highway near Kpg Keroh due to overflow from Sungai Nai in Kuala Krai, Kelantan. 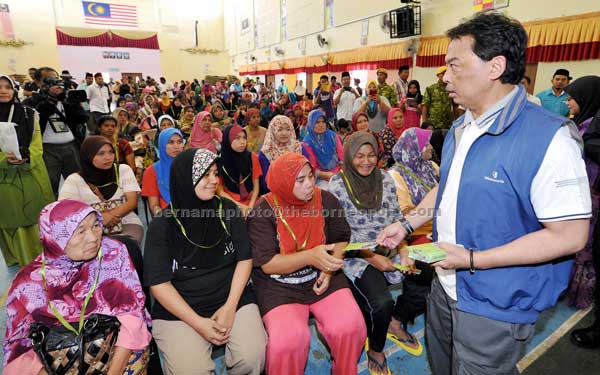