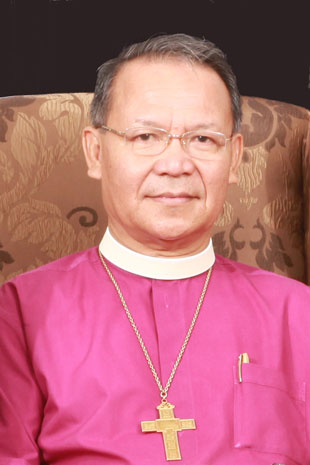 KUCHING: The ramifications of the Federal Court’s dismissal of the Catholic Church’s application for leave to appeal on the prohibition of ‘Allah’ to refer to God in its weekly publication Herald will likely spill beyond the case.

Reacting to this decision, the Most Reverend Datuk Bolly Lapok — the Archbishop of the Anglican Province of South East Asia and Bishop of Sarawak and Brunei — said the ruling would affect more than the Catholic newspaper.

“Case resolved? I am not too sure. I hope in the process we have not mired ourselves in greater complication,” he said in a statement yesterday.

Bolly said his greatest concern was how far the ruling was going to affect Christian indigenous communities in their worship since they had used the word ‘Allah’ in their worship all this while.

“The word ‘Allah’ has become embedded in the languages and cultures of the non-Muslim natives of West Malaysia, Sarawak and Sabah.

“It seems, the natives, who should receive more help and protection, are the ones who are affected the most by this decision,” he pointed out.

Lamenting the dismissal of the application, he said the decision defies logic.

“Political expediency has prevailed over common sense, over what is universally right.

“In this case, clearly it has not been the Herald nor the Church but Malaysia that has been on trial before a watching world,” he stressed.

The Federal Court’s dismissal of the case on Wednesday ended all recourse for the Catholic Church to overturn the ban.