Saturday, January 28
You are at:Home»Features»Rare earths, rare places and rare prices
For the freshest news, join The Borneo Post's Telegram Channel and The Borneo Post on Newswav. 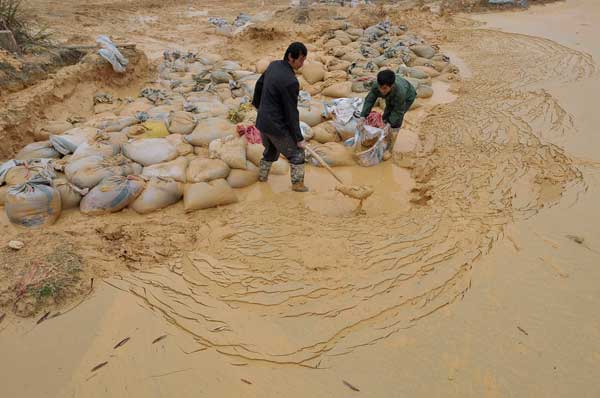 Workers are seen at a rare earth mine in China. — File photo

MOST of us have never even heard of rare earth elements or critical metals, yet they are deeply ingrained in the fabric of our 21st century lives, in ways of which we are totally unaware. There are 17 rare earths recorded in the Chemical Periodic Table.

They are called rare earths for it is extremely unlikely to find them in pure concentrated form or in commercially viable concentrations. Extracting these individual elements from the host ore in which they are embedded is a highly complex process producing hazardous radioactive chemicals, such as thorium and uranium.

Once separated, the colours of these 17 elements take pastel shades of blue, green, pink, and purple. One of these elements, a radioactive form of promethium, is found in tiny traces on the luminous paint of the hands and dials of our wristwatches.

Despite rare earths being thus called, they are not as rare as supposed. However, they are extremely difficult to mine as they are seldom found in high enough concentrations for economically viable mining operations.

The first rare earth element was named ytterbite (now renamed yttrium) in 1787 and was discovered in a quarry near the Swedish village of Ytterby on an island in the Stockholm archipelago. By 1842, the number of rare elements had reached six and it was not until the 1960s that the 17th rare earth element was identified. All except one of these elements are heavier than iron. One of the elements, holmium, was named after Stockholm. 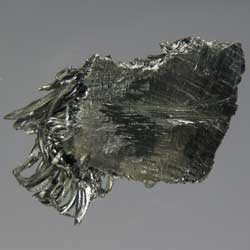 More recently Japanese geologists, in drilling through seabed deposits in international waters off French Polynesia, have discovered vast deposits of these minerals. It is no wonder today that every nation fights for the right to secure its territorial waters.

Two of the 17 scarce metals, dysprosium and neodymium, have increased in price on the world markets by 3,000 per cent in recent years, far outstripping gold prices last year.

The advent of colour television in the 1960s needed europium to provide colour images. Since deposits of this were identified in United States ores, the country became the world’s largest producer.

Needless to say that in the 1990s and through today, China leapt into the fray producing rare earths at a fraction of the costs of other outlets in the US, Brazil, India and Australia. It is not surprising that last year China produced 95 per cent of rare earth elements through its own industrial expansion and it is indeed the world’s major consumer of these products.

This sent world prices of these critical elements rocketing, especially when China imposed a 40 per cent export embargo on its exports of rare earths. This ban helped other countries revitalise their mining and processing operations. It was only through the intervention of the World Trade Organisation that last month, China’s Ministry of Commerce lifted its ban on rare earth exports and also abolished quotas on the export of other valuable minerals – fluorspar, molybdenum and tungsten.

To be fair, China has worked extremely hard to clear up the environmental mess left by the leaching or washing out of these elements through the flooding of high ground, which had accumulated and precipitated in lakes at the bottom of the hillsides, not forgetting the removal of carcinogenic and toxic wastes left in the ponds.

In 2008, it was estimated that 33 per cent of all rare elements escaped that country through smuggling operations. The 2010 control on exports of critical metals did in fact allow China to nominate specific areas of production and clean up its unhealthy industrial waste land.

Clearly the extraction and processing of these critical metals is not without controversy, but we all need them. Malaysia has seen protests over the construction of the Lynas (Australian) processing plant in Kuantan with the ores transported from Freemantle by bulk carriers to Kuantan. The investment in this plant has amounted to US$720 million and will provide 17 per cent of the processed rare earth elements on the global market.

Last September, the Malaysian Atomic Licensing Board (AELB) issued a two-year operating license to this company under very strict conditions and with constant monitoring. Unlike the number of carats in gold rings and the purity of silver in necklaces, rare metals are not sold on the open market in purest forms. The purchasers’ application of these elements depends much upon the quality and quantity they require.

The environmental debate will long continue worldwide as there is always an environmental cost to pay in mineral extraction in both the short- and long-term, particularly in areas with fragile ecosystems.

In the county of my birth, Cornwall, where tin mining was in its heyday in the 18th and 19th centuries, derelict winding houses and ventilation chimneys built of Cornish granite are now accepted as being of industrial archaeological interest and a boon to tourism.

Tailings — the residue from the processed tin ore — litter the landscape, yet there are now plans, with 21st century techniques, to rework these cast-out deposits. Other plans exist at a river’s mouth to dredge the seabed and extract tin from alluvial deposits and, who knows, maybe find rare earths.

The demise of Cornish tin mining resulted from the extraction of Malaysian alluvial tin in the Ipoh area. There, too, the tailings on spoil heaps could be reworked. Rare earth extraction is undoubtedly at its juvenile stage of development with much to play for.

Let us not turn a blind eye to the income generated to national economies through rare earth mining and processing for our daily needs, even though other people may be suffering environmentally in the areas of extraction as also in the miners’ and processing workers’ wage levels, especially in developing countries.

The rare earths rush, not unlike the gold rushes of yesteryear, is definitely on! As I daily walk my dog over ploughed fields on top of a steep sided valley, I often ask myself how many rare earths are beneath my feet or have been naturally washed down slope to the immediate floodplain of the large river below and into the sea beyond over many millenniums.

In future I shall assiduously take all my defunct electrical appliances, light bulbs, computers, all car or torch batteries and electrical cables to my nearest recycling base, for the critical metals in these can be recycled and reprocessed.