Thursday, January 20
You are at:Home»News»Sarawak»Housing claim settled out of court 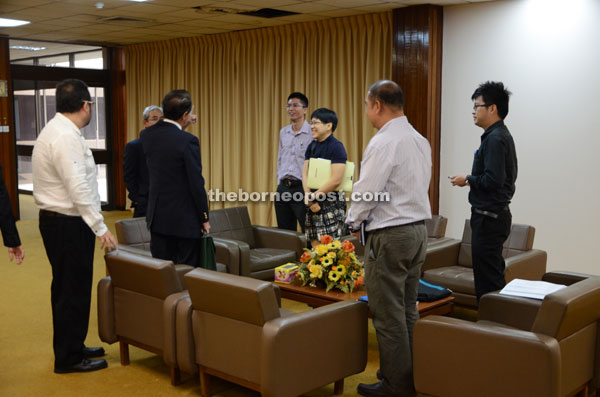 Tribunal Board members mingling with the claimants and respondent at the tribunal office at the old DUN building.

KUCHING: A case brought up before the Housing Claims Tribunal Court yesterday was settled out of court.

“It was decided that both parties make their own decision to settle the case amicably,” he said before the two other panel members of the tribunal, Morni Wahie and Bexter Agas Michael, at the Tribunal Court in the Old Dewan Undangan Negeri (DUN) building here.

“The case has now ended and both parties are happy with the agreed settlement given to the claimants on the Liquidated Ascertained Damage (LAD) amounting to RM10,010.70,” he added.

Later at a press conference, it was revealed by a Housing Tribunal officer that the case was the first and only one heard in Kuching this month.

The officer also said all together 15 cases were settled or withdrawn by the tribunal in 2014 and out of that seven were settled in Kuching Division, one in Mukah division, while three in Miri, three in Kuching and one case in Sarikei were withdrawn.