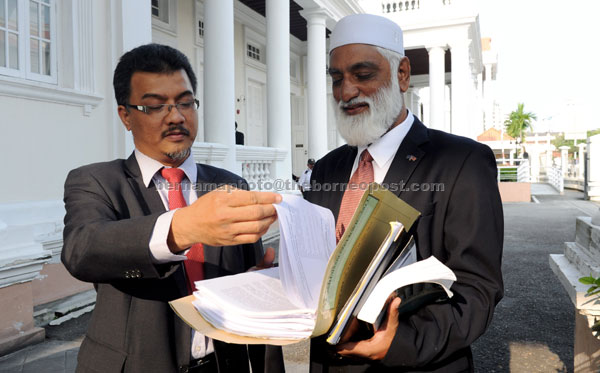 Izzuree (left) during a discussion with Harris at the court building in Georgetown. — Bernama photo

He is seeking an order to invalidate the second respondent’s letter dated Sept 29, 2014 and the first respondent’s decision on Sept 25, 2014 to remove him from all his posts and freeze his allocation.

Should the court allow his application, he also wants an interim order to suspend the first respondent’s decision relayed to him through two letters by the second respondent dated Sept 26 and Sept 29, pending hearing of the substantive motions.

He is seeking damages and other relief deemed fit by the court. — Bernama