Wednesday, August 10
You are at:Home»News»Nation»Interim report on MH370 investigation to be released on March 7 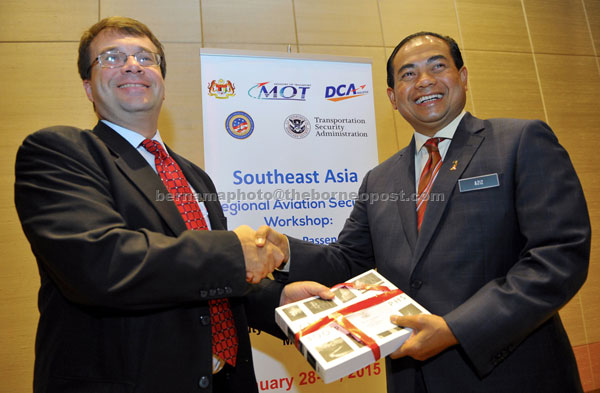 KUALA LUMPUR: The Transport Ministry will release the interim report on the investigation into the MH370 incident on March 7, one year after the Malaysia Airlines plane went missing on March 8, last year.

Its deputy minister Datuk Ab Aziz Kaprawi said the content of the report would be revealed by the minister Datuk Seri Liow Tiong Lai before being uploaded onto the Department of Civil Aviation (DCA) website.

“We are ready for it (releasing the findings of the investigation) on March 7,” he told reporters after opening the Southeast Asia Regional Aviation Security Workshop here yesterday.

He was commenting on the latest development with regard to the search operation and investigation into the missing airliner with 239 passengers and crew members on board while en route from Kuala Lumpur to Beijing.

The search for the Boeing 777 is being carried out in the Indian Ocean, believed to be where Flight MH370 had ended after going off course while heading for Beijing.

Asked whether the government would be finalising the status of the aircraft after releasing the interim report, Ab Aziz said it would be announced if so.

“The compensation for the next-of-kin of the passengers and crew will also be announced after the status of the aircraft has been announced,” he said. — Bernama