Wednesday, November 30
You are at:Home»Columns»And so it goes»‘To be or not to be’ 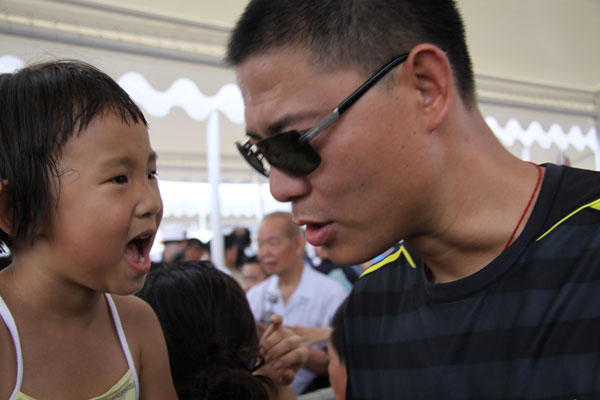 Discipline is a symbol of caring to a child. Discipline is guidance. If there is love, there is no such thing as being too tough with a child. — Bettie Davis

DR Amar Singh HSS said he experienced one of the darkest days of his life as a doctor  when he was compelled to witness the caning in court of an 18-year-old who was caught for a break-in at age 16.

The paediatrician relived the trauma he went through in the Malay Mail on Nov 20, 2014. Here is part of the account in his words after efforts to stop the caning failed:

“The young man was calmer than I was. The whipping took place in court with four officers from the Prisons Department executing the punishment. The court doors were locked and the others inside were the magistrate, the court interpreter, one more court staff and a police officer.

“They did this with military precision. If anyone says this is a ‘light cane,’ they need to experience the punishment.

“Although they did not raise their arms above the shoulder, the harshness of the whipping was severe. When the first stroke rang out, I cringed as I saw how badly hurt the young man was.

“After three strokes, he almost fell down due to severity of the pain. He managed to hold on to receive all six strokes.

“If anyone believes this form of punishment teaches a lesson, they need to re-examine their opinion. All I saw was a teenager hardened by the event.”

Dr Amar Singh sent forth clear messages that legally sanctioned hitting of children must stop and that no doctor should be party to or be required to support any physical punishment of children, even if they are criminals.

I have to say the description of how caning is done has been etched in my mind and it’s very disturbing.

Therefore, a proposal to abolish Section 91 (1) (g) of the Child Act 2001 where the court is allowed to conduct caning on children found guilty is much welcomed.

In conjunction with this proposal, the Women, Family and Community Development Ministry revealed it was studying the proposal for legislations to cover all acts causing physical and emotional injuries to children, marking these acts as criminal offences that allow the perpetrators to be charged, tried and sentenced upon conviction in court.

It is alarming and worrying that our government can be hasty in making a decision (on caning or whipping) without carefully studying the consequences and getting the feedback from all quarters, such as those of parents, teachers, educators and doctors.

If the act was not carefully studied and worded in the law later, it would mean the inclusion of caning or disciplinary actions taken by parents, teachers and guardians.

National PKR Women vice president Voon Siak Ni has been quoted as saying: “We do think caning cannot be totally made criminal but we also agree to a certain extent, it is permissible for good disciplinary purposes such as allowing caning on the palm of the hand.”

Indeed, hitting children or teenagers is never a useful form of instruction, punishment, correction, admonition or rebuke. Discipline is the broadest word of all. It gathers up the whole process of child training.

Discipline, at its best, is reaching out in tender compassion and training them in honesty and openness.  But, at times, discipline needs to be in severity in child training – and that is where punishment comes in.

No human is perfect, so is it true of all parents, guardians and parents. But we have God to look up to in child training.

So in discipline, we have God – from whom every fatherhood on Earth is named – as the great example. He is the example, the standard of fatherhood, the essence of it and the model of it.

The reasons for punishment of children are three-fold. The first is to create a sense of seriousness of their misconduct, the second, to distinguish right from wrong, and the third, to establish justice.

Since the Scriptures say “spare the rod and spoil the child” in the Old Testament and “scourging” (the scourge was a whip) in Hebrews 12 – we presume it involves some form of physical punishment by parents for any of the three reasons, and done with love.

We have seen in the Scriptures how proper punishment from God, the Father, has far- reaching effects on individuals and in the nation as a whole. Proper discipline of children at a young age establishes the whole pattern of society and government, and brings a sense of justice in our land.

Borrowing Hamlet’s “To be or not to be, that’s the question” – given circumstances, parents themselves know best – to beat or not to beat.

Recently, the Prime Minister shared at his alma mater – Malvern College in Worcestershire, about 220km from London – that the reason his late father Tun Abdul Razak Hussein sent him to England at the tender age of 14 was that “he did not want me to be spoilt or pampered as I could possibly be treated differently if I studied in Malaysia.”

The Prime Minister further said the experience had also taught him to easily adapt himself, whether at the United Nations, Buckingham Palace or a longhouse.

“Studying in a different environment and culture had taught me how to adapt to the situation.

This may sound irrelevant in the context of the age-old saying – spare the rod and spoil the child –  but it speaks volumes of the fact that actions taken by parents are meant for the good of their children – just as how our Father loves us.

We may choose to teach our children at home like how the Scriptures instruct us – You shall speak of these things when you sit around the table, when you walk by the way, when you lie down, and when you rise – Deuteronomy 6:7 – relating truth to life so that the teaching comes about with love and in natural, unforced and uncontrived ways.

But the wishes of parents are always to grasp the best teachable moments – probably sometimes by a gentle not harsh cane on a child.

And it’s certainly not a criminal act.

But let’s be guided by God’s words  – “Parents, do not provoke your children to wrath, but bring them up in the discipline and admonition of the Lord.”

Previous ArticleDo we can the cane?
Next Article A good carpenter doesn’t blame his tools