Thursday, June 4
You are at:Home»News»Sarawak»3,000 brave rain at Le’ Park in ‘state’s most colourful run’ 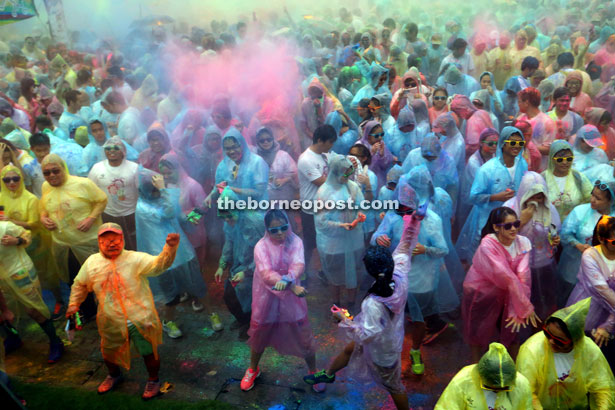 The participants remain in high spirits as they dance and colour-bomb each other. — Photo by Muhd Rais Sanusi

Shielding themselves with raincoats, the rain did nothing to dampen their high spirits as they gathered for the flagging off at 6am.

Their enthusiasm shone through as they splashed one another with fistfuls of coloured powder and danced to the music before taking to the 5km route, dubbed the state’s most colourful run, and ended at Le’Park. 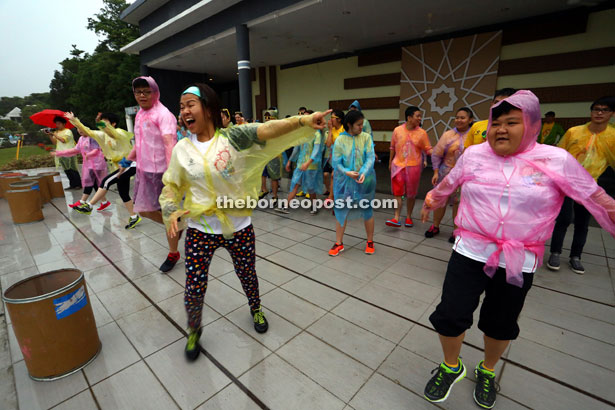 A brief aerobic exercise before the run.

Along the 5km route, there were 10 awareness signages set up for runners to learn basic signs and symptoms of childhood cancer as the run was aimed more at raising awareness rather than raising funds. 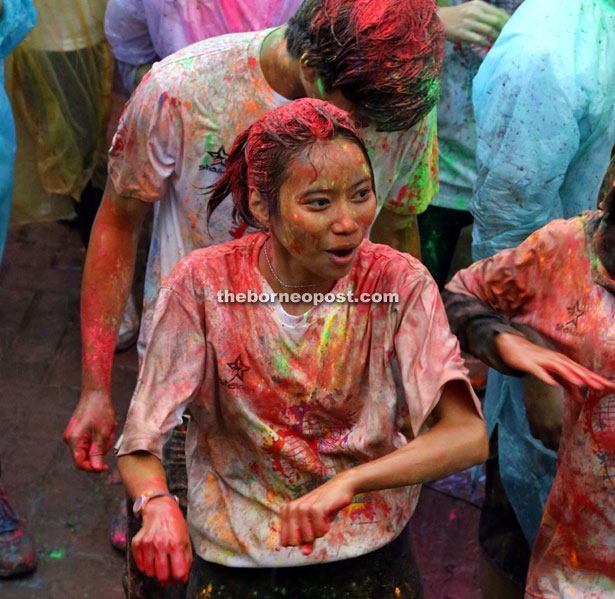 This young lady sways enthusiastically to the music during the brief aerobic exercise.

A similar event was also held yesterday at Indoor Stadium in Miri, which attracted about 3,400 runners.

For the first time this year, a Colour Rush will also be held in Sibu on Feb 8 at Sibu Town Square.

The organisers had set a target of registering a total 10,000 runners for all these three runs this year.