Sunday, July 12
You are at:Home»News»Sarawak»Future Miri Country Music Festival may be a two-day affair — Gracie 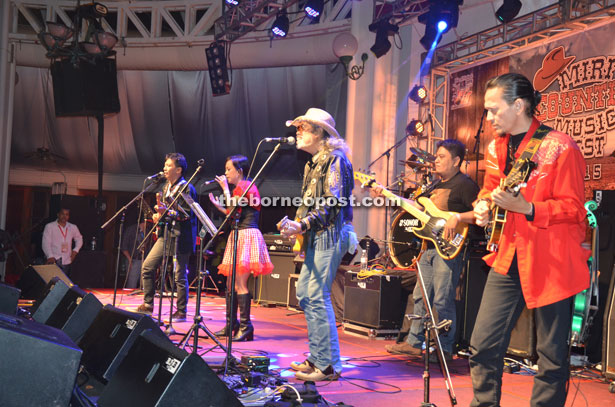 During the inaugural run last year, the organiser expected only 1,500 country music lovers to show up, but 1,920 tickets were sold.

At the second edition on Saturday night, the response exceeded expectations again, so much so that country music lovers yearned for the show to be over two nights.

“If the response continues to be good, we are going to run for two nights. We targeted 2,000 tickets (this year), and we sold 2,000 tickets, but there are walk-ins, too,” said MCMF advisor Gracie V Geikie.

“We have visitors from Singapore, Cambodia and Kuala Lumpur. They travelled all the way just for this. They said that one night was not enough. We will see. It depends on the feedback from tonight’s show,” said Gracie when met before the show on Saturday.

“We are proud and honoured to learn from the US Embassy that Miri Country Music Festival is the only country music festival to be held in South East Asia. This is a pride and honour for Miri, in particular, and Sarawak, in general.”

“I have a strong vibe that this festival will continue to grow and become a permanent tourism and musical event for Miri. We also have Borneo International Jazz Festival and Asean Music Festival,” beamed Assistant Minister of Communication Datuk Lee Kim Shin.

Lee and Mayor Lawrence Lai joined the crowd in the early part of the festival.

Hoping for more musical and festival events to reflect the ambiance of a resort city, Lee said the country music festival not only catered for country music lovers but those from other genres, as well.

“Miri, being a resort city, needs various events throughout the year to attract tourists with different interest. We hope to have more tourism-related events. Miri City Council is playing an important role in this by promoting various festivals and events

catering to various needs of tourists.”

Apart from singing and band performances, there were also workshops on country music by Rani & Westom Country Band, Mel & Joe, and the Country Sisters. There was also a line dance workshop.

“I am happy this festival also promotes local food and cuisine and another festival – the Bario Food Festival,” said Lee.