Tuesday, December 6
You are at:Home»Features»Patch-working the way to success 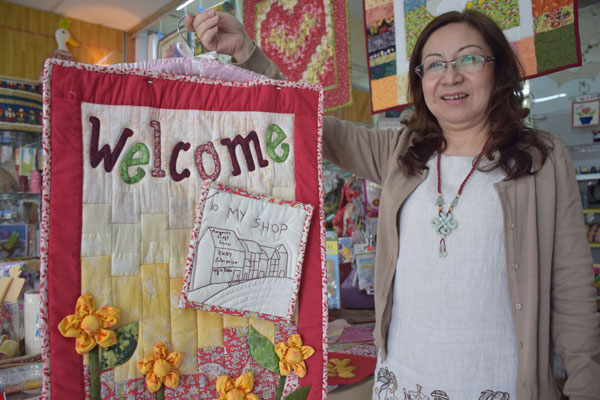 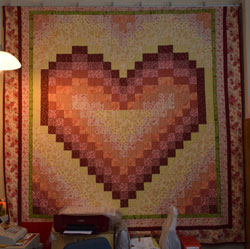 This king-sized comforter was one of Law’s first patchwork projects in 1997 and it now hangs at her shop.

Instead of rivers flooded with melted chocolate, and trees bearing jelly beans for fruits and lollipops sprouting like flowers, the shop is filled with colourful patchwork soft toys and comforters instantly reminding one of rainy days when one just wants to bundle up in the warmest blanket.

“All the items are handmade,” said Law whose shop has been operating for seven years.

When Law first started patchwork as a hobby more than 10 years ago, she had no plans to turn her passion into a business.

“At first, I was a bit reluctant to sell my products as it would take quite a long time to complete an item,” she said, adding that it would usually take her about three months to complete a bigger piece such as a king-sized comforter.

But then, with a little encouragement from her husband and children, Law decided to turn her hobby into a business.

Hung at every corner of her shop are all the patchwork pieces with variant designs and patterns of flowers, houses, butterflies and scenery.

“My favourite design is actually the house pattern. I don’t have any particular reason why. I even incorporate house patterns on other items such as hats,” she laughed.

For Law, handling a pair of scissors and fabric has never been a struggle as growing up she would always help her mother, who was a tailor, cut fabric patterns.

“I remember when I was in Form 1, I started making my own dresses, and of course, back then, my designs were quite simple,” said Law fondly.

“My mother never restricted me when I was working on my own. She just let me discover my own way and let me learn by myself.”

But it was not until her friend introduced her to patchwork in 1997 that she discovered her new passion. She was then introduced to another friend who taught her the applique technique. 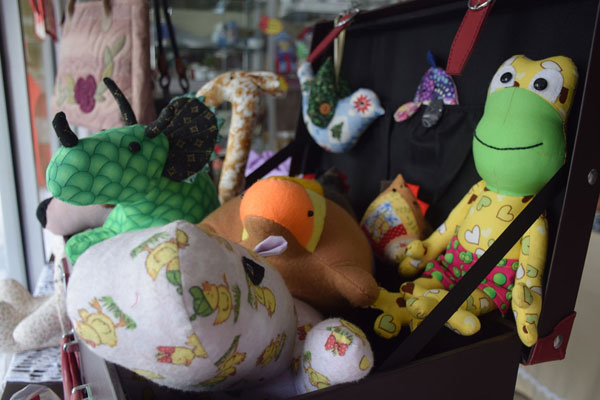 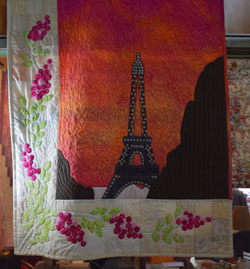 The applique technique is used in many of Law’s designs.

Applique is French for applying a pattern from a smaller piece of fabric to a larger piece by needlework.

“My friend told me since I am good with handling scissors and sewing, why not try patchwork,” Law remembered.

Her first applique project was a patchwork curtain which still hangs in her house.

After her first piece, Law discovered there were more things she could do with patchwork and her newly learnt technique.

Often looking for inspiration through magazines and also while on her travels, she would always find new ideas and patterns to incorporate in her work.

Instead of just limiting her work to comforters, she also ventured into making patchwork purses, soft toys, and baby blankets, among other things. 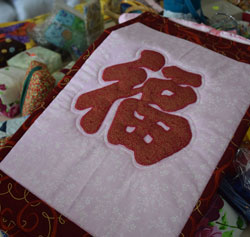 One of the most popular items for Chinese New Year is the Chinese character for prosperity.

According to Law, every piece she made would have its own individual patterns and she tries not to use the same pattern twice.

“Even if I use the same pattern, I will not use the same colour or material and I will make some changes in my designs.

“I will try to not use the same design twice because by incorporating a new pattern and design, it gives me the thrill and excitement to do it.”

She is now starting to make patchwork handbags.

For the coming Chinese New Year, Law said the most popular items among her customers is the Chinese character for prosperity, usually hung on the wall or entrance door during the festive season. 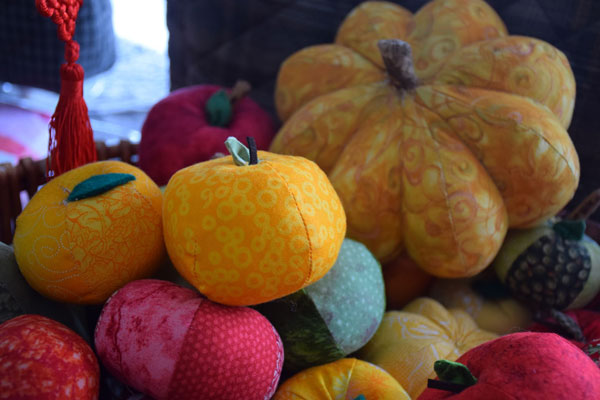 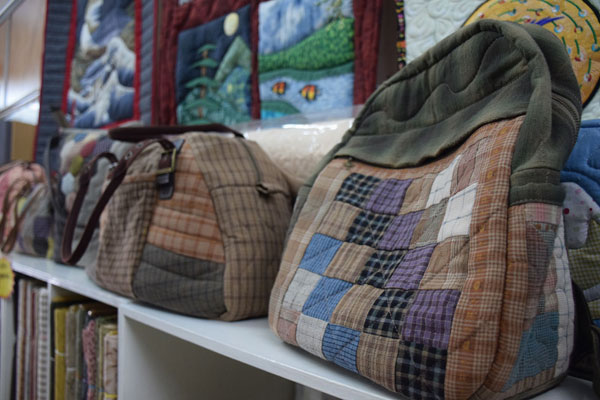 Law is beginning to work on patchwork bags.