Tuesday, December 6
You are at:Home»Columns»Uncle DI»Which comes first – the chicken or the egg? 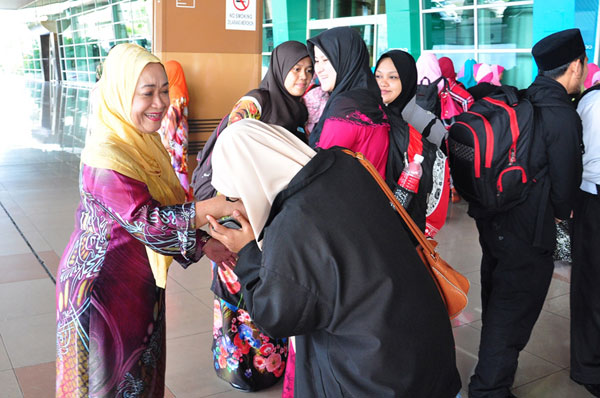 ON Wednesday, Sidma College Sarawak chairman Dr Mornie Kambrie was reported in The Borneo Post as saying to the effect that the shortage of teachers at government schools in Sarawak was attributed to the teaching policy of the Ministry of Education itself. And he wanted that policy removed or changed.

Speaking his heart out, this Sarawakian intellectual is apparently fed up with barking up the right tree – he had even talked to the Minister of Education himself about this matter – but he has not been seriously listened to. No wonder kecik ati belio (slighted).

Cat out of the bag!

What the ordinary members of the public did not know, until now, is the fact that there was a policy change in February 2010. And as a result of that change, the current policy is said to be discriminatory. It works against the interests of the graduates from the country’s private institutions of higher learning, such as UniRazak, who wish to teach at government schools. This is a distinct disadvantage for graduates who have not undergone training at the designated teacher-training institutes – a policy that is cruel to be kind.

Prior to the change, a number of graduates from that university had found employment as teachers in such institutes as Mara Junior Science Colleges and polytechnics in the country.

I have been waiting for someone in the government to rationalise the policy to the satisfaction of the reading public before commenting on it but as of this date, no one has come forward to provide that rationality clearly. I was hoping that the Deputy Prime Minister and Minister of Education who dropped in to see us a couple of days ago would address the problem faced by the UniRazak. Did he? Not specifically.

As such, Tun Razak, once Education Minister himself (Remember the Razak Education Report?) would have turned in his grave had he known of the dilemma faced by many of the products of the university named after him in terms of employment as teachers at government schools. In terms of other jobs, he would have nodded his head with a faint smile.

Still the problem of shortage of teachers for Sarawak schools to be staffed by Sarawakians is far from being solved. According to the Minister of Education II, this year alone Sarawak needs 2,432 but only 601 of the locals were available and employable. He did not address the cause of the policy until someone let the cat out of the bag on Wednesday. However, the minister did provide a solution to the problem of teacher shortage in Sarawak schools by bringing in teachers from Peninsular Malaysia claiming that the locals are not available in large numbers. What to do? His assumption is being disputed by various quarters including state ministers from the ruling coalition. Hence the pecking amongst the hens of the same pen for the past week.

Now we are in the chicken and the egg situation. The ministry’s solution to bring in more teachers from the West to Sarawak allegedly at the expense of the locals, if true, is no solution; the situation is not a win-win one. Something else is required: revise or modify the policy by taking into account Sarawak’s interests by means of a special programme. To some extent this has been answered by the Minister of Education but in a rather condescending or patronising manner. That’s his privilege, I suppose. This is politics, mate.

The fallout of the policy change has affected the morale of the teaching profession itself; the profession is supposed to be apolitical though many teachers are politically motivated. However, those so keen to go on with their vocation are distracted by the politicians, especially when these are from the ruling coalition, the source of that very policy.

The parents are worried that their children may not get the basic standards at the primary and secondary levels that these kids need to acquire before the tertiary level. What about the morale of those teachers from Semenanjung? Do they feel comfortable in the Land of the Hornbills where they should feel welcome? Many among them are dedicated teachers and really wanting to do their best to impart knowledge to children as children, but working under the prevailing circumstances where they are being stereotyped is not conducive. Talk about national integration!

The local politicians are playing to the gallery for fear of the opposition getting the upper hand. The ongoing public debate between ministers over an issue which should have been conducted within the four walls of the cabinet room or of the BN room at the PWTC or at the PBB HQ at Jalan Bako, Kuching, is out of character. It may be the latest fashion in coalition politics and may set a trend for the youngsters or it may be an exercise before an election. Even that could be done in private; perhaps, more barking up the same tree again may be more fruitful. Remember the saying “constant dripping wears away the hardest stone”.

No doubt, the Deputy Prime Minister will work on a win-win formula in terms of giving graduates from private institutions of higher learning a chance to be teachers in government schools without having to undergo training as students. Some kind of arrangement may have to be made by which the strict entry to the teaching profession may be circumvented without undermining the basic standards … boleh lah.

Meanwhile, we need more trained teachers. So, train more potential teachers from Sarawak. Pay them well. Provide them with decent living conditions especially in the rural areas. Hey, what’s happened to those computers which have been distributed to schools – are they fully used, or are they being stored somewhere until the electricity supply comes? Electricity is coming, says the power authority; so is Christmas.

Teach the teachers how to teach – those who have not been taught how to teach. Accept those graduates from the private universities in addition to those from the public universities but train them on the job or prior to their being engaged. What about Sarawakians holding BA Dip Ed? Do they have to be trained again at the local institutes if they have  a diploma of teaching either in the primary or secondary schools?

Please spare a thought for them. They are Sarawakians, you know bah.