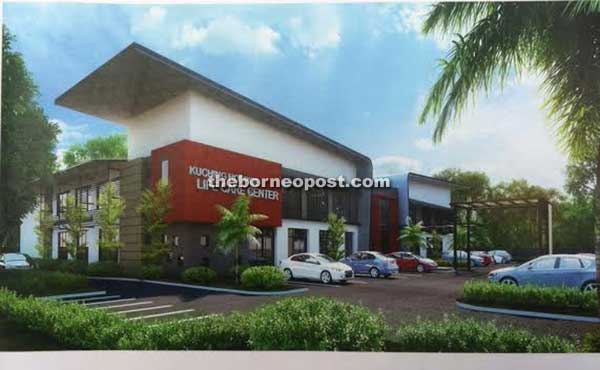 “We have identified a land to build this centre and its facilities. Still, we need generous contributions towards raising funds for the project,” he told reporters before opening KLCS Chinese New Year gathering at Crown Square here Friday night.

According to Yong, who is former deputy works minister, the society has raised RM2 million so far, adding that it needs another RM3 million to commence the first phase of the project.

“KLCS has done a tremendous job in raising funds. Everybody should contribute to ensure that the project could become a reality. It (centre) should be ready in two to three years, once we have enough funds.” 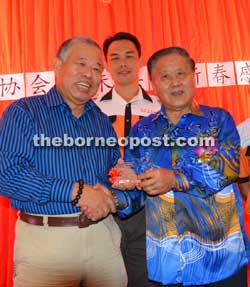 Yong (right) handing a plaque to Ling Yee Piaw in appreciation of his contributions to KLCS, as Hii looks on.

On the hospice, Yong felt that this city should have one such centre.

“There are many people who need this kind of facility to care for their loved ones who are battling terminal illnesses. It could provide them (patients) the comfort and dignity during the ordeal.”

Later in his speech, Yong hoped that KLCS and other organisations could hold more charity events in the future so as to encourage members of the public to help the needy and the underprivileged.

“Charity is not about the amount of money that you donate, but also any effort that comes from the heart.

“Your generosity and kindness are the blessings to the needy,” he said, adding that he also wanted more young people to participate in charity and community programmes.

Meanwhile, event organising chairman John Hii paid homage to those who had helped KLCS over the years, thanking them for their contributions and assistance to the less fortunate members of the society.

He later assisted Yong in presenting plaques to honour individuals who had contributed so much to KLCS throughout the past year.

For more information or donations, contact the society at 013-8038999 or email to [email protected]