Monday, May 10
You are at:Home»News»Sarawak»Better SPM results at SMK Wira Penrissen this year 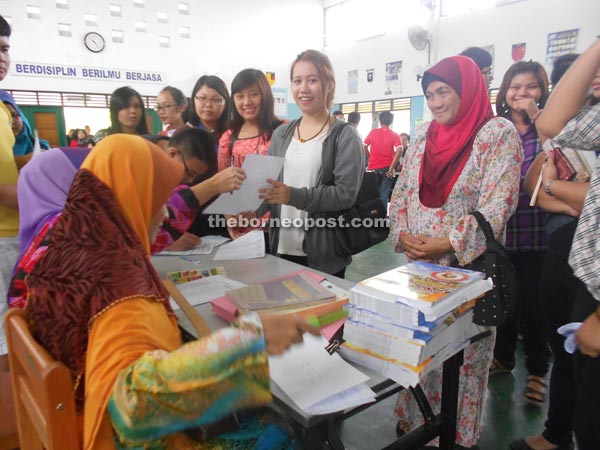 Students, some accompanied by their parents, are seen collecting their SPM slips from their teachers. 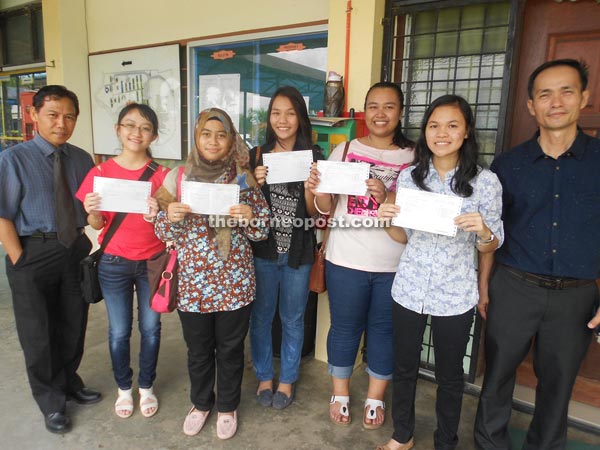 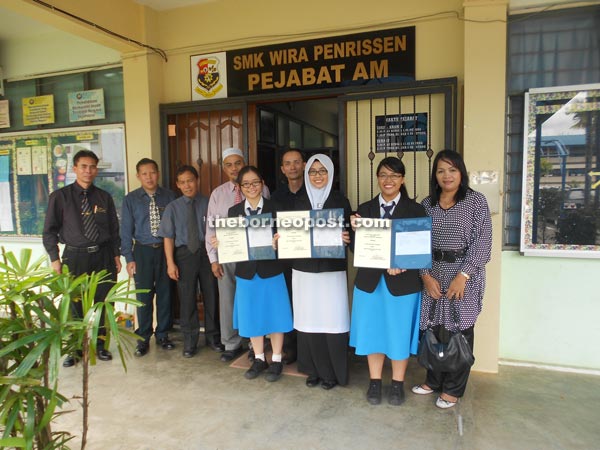 (From left) Jasselind, Nur Atiqah and Elissa Stella having their photograph taken with their teachers, principal and parents.

KUCHING: Parents, students and staff of SMK Wira Penrissen have every reason to be joyous when the school showed an improvement in last year’s Sijil Pelajaran Malaysia (SPM).

Jasselind Jamali and Jacquline Airine Jimmy obtained 9As and 8As respectively in all the subjects they sat for last year. Jasselind who dreams to be an engineer obtained A+ in her Bahasa Melayu, English Language, Moral Studies, History, Mathematics, Chemistry and Biology, except for her Additional Mathematics and Physics which are placed in the A category. She also achieved 1A in her English GCE-O level.

Meanwhile, Jacquline from the Arts stream secured all As in her Bahasa Melayu, English Language, Moral Studies, History, Mathematics, Science, Commerce and Economic.

Of the 264 candidates who sat for the examination, 239 or 90.53 per cent were awarded full certificates.

Among the 17 subjects offered, History recorded 70 candidates who obtained grade As, while the English panel obtained 50As. Bahasa Melayu and Moral studies came third and fourth respectively with 48 and 41 excellent achievers. Mathematics came next with 41 top scorers.