Wednesday, July 8
You are at:Home»Business»BizHive»The week at a glance 8 March 2015

The Sarawak Tourism Board (STB) is looking to attract new tourist markets from countries such as South Korea as well as expand its horizons in terms of the different kind of tourism available, such as golf tourism.

Pestech International Bhd (Pestech) has been awarded a contract for the construction of power substation for a total contract value of RM48.36 million. Its wholly-owned subsidiary, Pestech Sdn Bhd had on February 27 received a letter of award from Sarawak Energy Bhd (SEB) in relation to SEB’s Samajaya 132/33/11 kilovolt (kV) substation establishment here.

Malaysian Technology Development Corporation Sdn Bhd (MTDC), a wholly-owned subsidiary of Khazanah Nasional Bhd and an agency under the Ministry of Science Technology and Innovation (MOSTI) foresees opportunities to provide funding for Sarawakian technology-based companies in particular those which are involved in downstream businesses.

Sarawak Housing and Real Estate Developers’ Association (Sheda) is holding its first Sheda Home and Property Roadshow for 2015 at Boulevard Shopping Mall, Kuching. The event will be held this weekend from March 6 to 8, 2015 and will be open daily from 10am to 9pm. 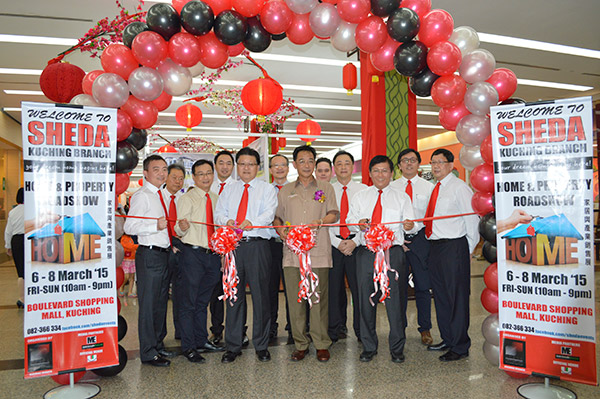 The government will modify the public-private partnerships (PPP) concept and the facilitation fund for the 11th Malaysia Plan to make them more effective, says Minister in the Prime Minister’s Department, Senator Datuk Seri Abdul Wahid Omar. The PPP has been as an effective method of raising capital and delivering high-quality public service and the government wanted to review and make the facilitation fund more effective.

mas NewCov(NewCo), the company taking over Malaysia Airlines as part of the restructuring of the national carrier, will see rationalisation in aggregate capacity by more than 10 per cent this year, with the focus on more profitable domestic and regional routes. Khazanah Nasional Bhd, which owns 70 per cent of MAS said this in the Second MAS Recovery Plan (MRP) quarterly progress update released on Tuesday.

The Malaysian capital market’s value rose to RM2.76 trillion last year, equivalent to 2.6 times the size of the country’s economy, from RM2.73 trillion in 2013. The Securities Commission Malaysia said the capital market continued to expand on the back of sustained capital-raising activity despite challenging conditions and global uncertainties.

Malaysia registered a trade surplus of RM9.01 billion for the 207th consecutive month in January this year, a 41.8 per cent increase compared with the corresponding month last year, the Ministry of International Trade and Industry (MITI) said. Exports for January remained high at RM63.6 billion while total imports decreased by 5.3 per cent to RM54.59 billion from a year ago.