Tuesday, May 17
You are at:Home»Features»Two sides of the same coin?

Journalist and author questions the roles of the White Rajahs 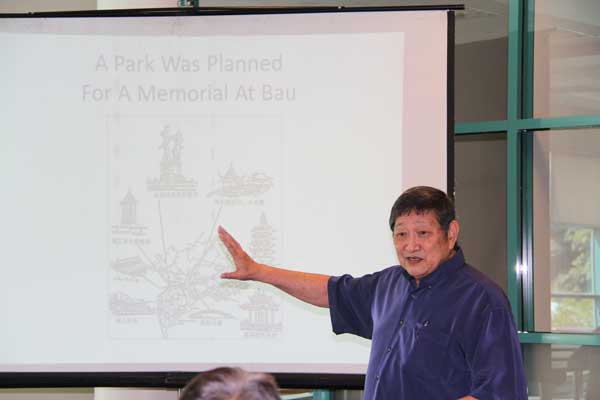 JOURNALIST and author Desmond Leong is not a fan of Sir James Brooke, the first White Rajah of Sarawak.

He thinks the public reverence ascribed to Brooke as an intrepid adventurer-philanthropist and benevolent ruler who brought peace and civilisation to Sarawak is most undeserved for a ruthless colonial opportunist who used an iron-fist to mercilessly quell his enemies, monopolise resources and trade and unrighteously relieve natives of their lands and resources.

This harsh view of a historical figure held dear by many locals will almost certainly raise the eyebrows and hackles of many a Sarawakian.

Local pride in the Sarawakian identity is presently surging high in tandem with intense interest and debate on both sides of the South China Sea on the founding of Sarawak and its subsequent rights, role and identity in Malaysia, stoked in part by political developments in Peninsular Malaysia, which seem to undermine the rights and contributions of East Malaysia.

Dozens of social media groups dedicated to highlighting the historical and cultural significance of events, peoples and places in Sarawak and Borneo, have sprung up like mushrooms after the rain, attracting a following of local history buffs and laypeople waxing lyrical about places and people long gone – the only proof of their existence in memories and digitally scanned copies of yellowed monochrome photos and newspaper cuttings.

Increasing also are those revisiting history books and questioning the veracity of widely accepted accounts of people and events as we know it.

Leong is among them.

As a young reporter for his father’s newspaper, the now defunct Sarawak Vanguard, the 75-year-old was in the thick of many of the key events surrounding Sarawak’s independence. He personally got to know many of the founding political leaders and influencers of the then nascent state as he covered official functions and state cabinet meetings.

When he began taking an interest in Sarawak’s early history, his journalistic training not to take people’s word at face value stood him in good stead as he pored over books, letters, articles and personal accounts written about and during that era.

These sources painted a picture of the White Rajahs’ rule that was far more scandalous, unsavoury and stomach-churning than what many Sarawakians have been led to believe, Leong told thesundaypost.

In 2011, he published a book titled ‘The White Rajahs … Myths Retold: The Massacre of the Bau Hakkas’, to highlight and debunk some of these “colonial lies and myths”. 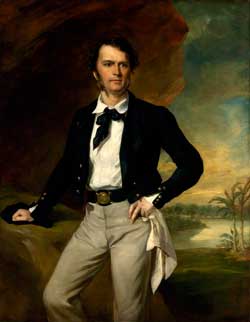 A portrait of Sir James Brooke by Francis Grant (1847).

For example, he claimed, historical records show that when James Brooke first took over Sarawak, he seized the antimony mines and monopolised its trade, angering local and foreign merchants who were forced to accept the Rajah’s terms and conditions.

What is not as well known is that Brooke also sought to monopolise the opium, gambling, pawn and arrack trade. Opium farming was particularly lucrative — thanks to tenders awarded mainly to Chinese from Kuching and the First Division to open farms.

In fact, the opium trade was so profitable that by 1910, the government changed the monopoly rules so that a syndicate, partly financed by the Rajah himself and partly by local capitalists, could now join in the tender process. The Sarawak Opium Farm Syndicate, with a capital of $150,000 (the government’s paid up capital was $60,000 and the remainder, Chinese merchants) secured the tender.

“With such a huge proportion of state revenue from opium, the whole administration was geared to this business with the state’s fleet of river transport vessels and police enforcement units playing an important anti-smuggling role,” Leong wrote on social media earlier this year.

But despite all income being generated, very little was actually used to improve the livelihoods of the locals.

“During his lifetime, not a single hospital, school, or clinic for the benefit of the natives was built by the Rajah with his personal wealth,” he said, adding that it was mostly missionaries who took up the task of improving the education, health and overall standard of living for the natives.

He argued that from the beginning, James Brooke’s main objective – like many other colonialists – was to build his personal wealth and expand his power and influence, using whatever means at his disposal. The image of the civilised, benevolent ruler was cultivated – abetted in part by the western-centric press of that time – but underneath the veneer was colonialist ambitions through and through.

For example, the first White Rajah had been lauded by some authors as bringing peace to Sarawak by stamping out piracy and implementing the rule of law but these punitive expeditions were little more than a thinly veiled justification for territory expansion and resource acquisition, according to Leong.

Using his own militia composed mainly of thousands of his Malay and Dayak supporters, James Brooke waged war against other natives and those he perceived as being in his way. (This practice was continued by his nephew Sir Charles Anthony Johnson Brooke who succeeded him as the Second White Rajah.)

Contrary to some beliefs, the first two White Rajahs of Sarawak did not stop their men from taking heads as trophies. Thanks to an Act passed by the British Parliament, offering a bounty of 20 pounds for every pirate captured or killed and five pounds for any driven off, these expeditions proved to be quite profitable.

To emphasise this point, Leong said records show after just one such expedition, a total of 20,700 pounds was claimed as head-money, translating into a bounty of 1,035 heads. Another account presented by a British MP suggested that at the very least 128,000 pounds had been paid as head-money.

Thus, it was in the interest of the White Rajahs to perpetuate the belief that the waters of Borneo were infested with pirates, Leong said, adding that most tellingly, from all the expeditions, not a single prisoner was taken to stand trial.

“When they went into a Dayak area, every longhouse was burnt down, all the padi cut down, all the utensils thrown in the river and all the boats sunk. Scorched earth. Even the dogs were killed.

“This is James Brooke — so cruel. (He) didn’t want (them) to revive and attack him again. From the Batang Lupar river-mouth straight until Lubok Antu — every longhouse was attacked. Hundreds of longhouses. One account said 35 longhouses were burnt in one day,” Leong shared.

James Brooke even brought in the British Royal Navy with their superior firepower to help in these expeditions. The repeated attacks on native settlements along the Saribas and Skrang rivers displaced thousands of people who fled inland.

This continued until the 1849 Beting Marau Massacre where thousands of men, women and children were killed, Leong claimed.

A number of letters published at that time called for a Commission of Inquiry into Brooke’s actions while others, written by British citizens who had lived and worked in Borneo, questioned the existence of Sea Dayak pirates as they had not heard of nor experienced such encounters, according to Leong’s research.

A Commission of Inquiry in1854 in Singapore cleared Brooke of the charges but prior to the trial, he stepped down from his three well-paid jobs as Labuan Governor, Consul to the Brunei Sultanate and Special Agent to Sarawak.

The British – so aghast at the atrocities – repealed the head bounty and barred the Navy from helping James Brooke again.

Leong cited journalist Richard Gott in the latter’s book ‘Britain’s Empire: Resistance, Repression and Revolt’, who reported that in 1877, four-time British Prime Minister William Gladstone remarked on the Beting Marau Massacre: “I cannot recollect a more shameful proceeding on the part of any country than the slaughter of the Dayaks by Her Majesty’s forces and Sir James Brooke.”

Leong suspects that the Beting Marau Massacre may have been one of the reasons why James Brooke was not honoured with a burial at Westminster Abbey despite having acquired Labuan for the British government and contributed greatly to the spread of the British empire and influence in Borneo. 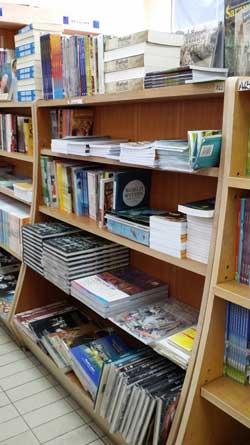 Books on Sarawak’s history and culture penned by foreign and local authors on display at a local bookshop. Interest in local history has increased over the past few years and with it the number of individuals who are questioning widely held beliefs about life under the rule of the White Rajahs.

Without the might of the Royal Navy and with much of his income cut off, Brooke was administratively and militarily vulnerable.

The 1857 Bau Rebellion basically bankrupted James Brooke as the Chinese Hakka miners had seized state cash and weapons during their attack on Kuching. Not only that, but following the Rajah’s retaliation which led to the massacre of thousands of Chinese men, women and children, Sarawak had lost a sizeable source of income – deprived of taxes on opium and gold.

He then tried to sell Sarawak to other countries to repay his debts, including the United States of America, but no one took up the offer, Leong said.

“The earlier Commission of Inquiry had revealed that Sarawak was not an independent state as claimed by Brooke – only a Brunei vassal state as Brooke had to pay annual tribute to the Brunei Sultan. Furthermore, during the White Rajah’s time, Sarawak never established diplomatic relations or built an embassy with another country,” he noted, adding that Brunei, nevertheless, was powerless to stop Sarawak’s cessation to Britain under the Third Rajah Charles Vyner Brooke because by that time, its power and influence had greatly waned.

Much of the above might sound like the stuff of conspiracy theories, given that the accounts highlighted seem to go against mainstream beliefs about the role and contributions of the White Rajahs to Sarawak.

However, Leong said the so-called alternate historical accounts had always been there for anyone interested enough to look them up.

He opined that over time, only certain opinions and accounts had come to represent the whole truth even though they were only just one part of the whole picture.

He argued that the media had helped to perpetuate certain myths because they relied on books and sources that had rewritten history to present certain parties in a more favourable light or because they had axes to grind.

For example, not many know of Charles Brooke’s elder brother, Captain John Brooke Johnson (later Brooke Brooke), whom James Brooke had for all intents and purposes appointed to succeed him as Rajah until a falling out when Brooke Brooke realised his uncle was trying to sell Sarawak to pay off his debts, Leong pointed out.

“You have to go back to the raw materials, the ones which have not been rewritten, such as newspaper articles from that time period and parliamentary records. You can find these documents in the national libraries and archives of countries such as Singapore and Britain.

“There are many people doing research but the trouble is we are not aware it exists. During the last few years, people have also written books. We should delve into those things.”

Leong is also aware that what he has written is also not above scrutiny but he is not afraid of criticisms.

“I am a reporter. I am not an academician. What I have written, I stand to be corrected. There are academicians who are the (expert) authority (on the subject). I am just telling people what went wrong,” he said.

He added that he did this not for himself but for his grandchildren as they are Sarawakians and they have as much right to know the truth about their state as other Sarawakians do.

Some may argue it is not good to stir up the past. Others may accuse alternate history supporters as having ulterior motives.

However, allowing different views to surface for public scrutiny and debate will encourage society and researchers to dig deeper for the truth and, ultimately, bring Sarawakians closer to a more accurate view of where we are from and where we are going.

Perhaps that’s exactly the point that Leong is trying to make.