Saturday, December 3
You are at:Home»Columns»How I See it»Will Adenan be the fairest of them all? 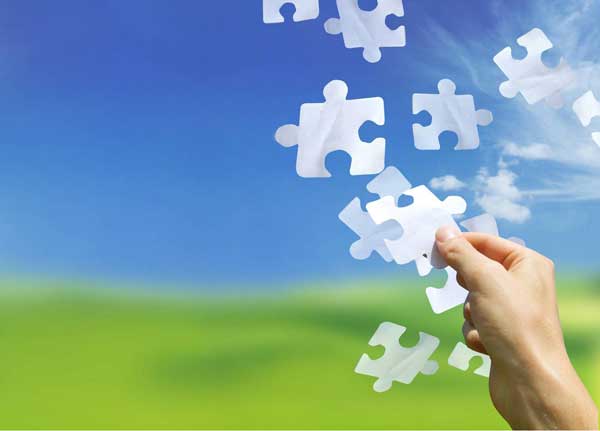 “Bung: Sometimes, I think of secession too.”

I was about to turn off the computer and leave the office when the title of this online news article caught my eyes.

It was a short article about that controversial Sabahan MP Bung Mokhtar Radin ranting in Parliament that Putrajaya is treating Sabah like a “stepchild”.

Debating on the motion of thanks for the Yang Di-Pertuan Agong’s address, the Kinabatangan MP took issue with civil servants from Peninsular Malaysia serving in Sabah receiving much higher allowances than locals.

“We feel like a stepchild. This is why there is a secession movement to bring Sabah out of Malaysia. Sometimes, I feel obliged to side (with) them …” he said.

Being Bung Mokhtar, coming from Umno, speaking in the House of Parliament, he can certainly speak with both privilege and impunity.

But this is the prelude to something that is more worthy of the ink thesundaypost prints with – the future PM of Malaysia.

Yes, in view of the mounting pressure on the present Prime Minister Datuk Seri Najib Tun Razak to resign over the 1MDB financial mismanagement and opposition leader Datuk Seri Anwar Ibrahim being kept behind bars, an online news portal The Malaysian Insider has commissioned the independent pollster Merdeka Centre to conduct a survey on who Malaysians would pick as the future PM of Malaysia.

Ibrahim Suffian, director of the Merdeka Centre, tried to reason that Datuk Seri Hishammuddin’s pedigree, his family name, and the limelight over the MH370 disappearance caused him to obtain good ratings.

But, Defence Minister Datuk Seri Hishammuddin himself brushed off the survey, calling it an attempt to destabilise the leading ruling party Umno.

He is obviously aware of the fact that he is not quite the most popular figure in Umno.

He said: “A similar one was conducted a few months ago during the Umno general assembly that showed that I was not qualified to be an Umno vice-president. Now a few months later, this poll says I should take over as prime minister. That itself is the answer as to how much trust you can have in such surveys.”

Of course, there is no direct election for PM in Malaysia.

At least Datuk Seri Hishammuddin need not be as depressed as me. First of all, I was wondering why the person most Malaysians preferred as the next PM is not from the opposition, given the fact that Pakatan Rakyat garnered 51 per cent of the popular votes in the last general election.

As Zan Azlee, a popular columnist, commented: Malaysians don’t really know what will happen if there is a change to the federal government; if the opposition were to win and take over Putrajaya.”

Ibrahim Suffian’s explanation is Malaysians are so used to the Barisan Nasional as government that it has affected their choice of future prime minister.

Now, here is one big question, if it is BN, why are none of those in the top 10 from East Malaysia?

If Sabahan Datuk Seri Mohd Shafie Apdal is more popular than Datuk Seri Hishammuddin as a vice-president in Umno, why was he not even considered as a hopeful future Malaysian PM, by Malaysians? Interestingly, Bung Mokhtar made no complaint about this.

Now, I am certainly very unhappy that our Chief Minister Datuk Patinggi Tan Sri Adenan Satem’s name did not feature in the top 10 at this unusual time.

From the poll, the ‘Malaysians’ are quite determined that there must be a change in the highest political office.

Disheartened with the current political developments in the country, they are however to choose a leader from the same lot. It is no wonder that they are very divided in opinions as to who should be the next PM.

The votes polled by Datuk Seri Hishammuddin are a dismay, at best. Only less than one out of five ‘Malaysians’ voted for him. One out of 12 voted for Khairy Jamaluddin or Datuk Seri Ahmad Zahid, the second and third most popular choices. There is no clear leader preferred to be the next PM.

Would it make a difference if our CM’s name was thrown into the hat?

He has just completed his one year of service in the state’s highest political office with rave reviews.

Even the embattled PM and his wife chose to come to Sarawak to stand alongside the popular Sarawak CM during the Chinese New Year celebration in Kuching. The response from the crowd was as telling as the Magic Mirror in the story of Snow White.

In fact, I would think that Malaysia would be a much lovelier and more liveable country if it is more Sarawakian, and I am sure most Peninsular Malaysians would agree with me.

But why is it that ‘Malaysians’ do not consider a Sarawakian when you want to choose a future PM for Malaysia?

Mirror mirror on the wall, who will be the fairest PM of them all?